Out of Reach Financial Goals 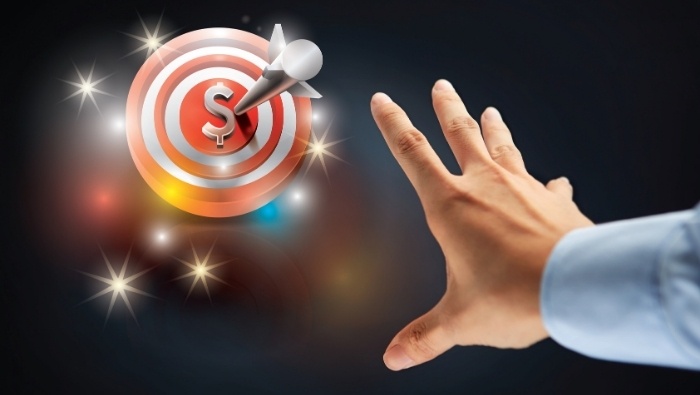 Are you giving up on what you believe to be out of reach financial goals before you even get started? Take these steps toward your money goals now.

According to John Greenleaf Whittier, “For all sad words of tongue and pen, the saddest are these, ‘It might have been.'”

I disagree. The saddest words are “I can’t.” How often do we hear that phrase employed, either by ourselves or others, when it comes to money. I can’t afford to repay my debts. I’ll never get out of this apartment and into a house. I’ll never be able to go to college/pay off my existing college loans.

This is a defeatist attitude, but it is so easy for us to fall into, consciously or unconsciously. The good news is that once we catch ourselves stuck in this mindset, we can free ourselves from this psychological cage. Here are steps to get you started.

Get clarity by flipping the narrative.

Let’s say you see a car commercial or hear a co-worker talking about how they just bought a newer, used car. Your reaction might be, “Must be nice! I’d never be able to afford anything like that.” Instead of focusing on what you can’t have, concentrate on what it is you want with as much specificity as possible, as in, “I want to purchase a safer car” or “I want to buy a more gas efficient vehicle.”

Doing this allows you to reflect on whether the item in question is an actual desire as opposed to something that just sounds nice in theory. Do you want a new car because you genuinely pine for a roomier ride or is it because you wish for the financial freedom that would accommodate such purchases? Maybe it isn’t even that you truly desire a new car. Instead, maybe it’s that you really want a fresher paint job or less ratty interior. This is a distinction with a difference!

Jealousy is often referred to as the “green monster” and is considered a vice, but even vices can be instructive! Think of the last time you were jealous of someone or something. What was it you wished you had but didn’t?

Related: How Much Is Envy Costing You?

Let’s continue using a new (or at least new to you) car as our dream goal (even if that isn’t your particular dream). Before you dismiss buying a newer vehicle for being too expensive, do you know how much your dream vehicle would actually cost? Or are you dismissing it because of how much you think it will cost?

Do some research, so you can put a realistic price tag on your dream. Break down all expenses to know the exact number of dollars and cents you need. What’s the total amount needed for the purchase price, registration, maintenance, and insurance?

(And once you start saving for that goal, make sure you are earning the interest you deserve on your savings.)

Consider all your options.

Now do away with conventional thinking and brainstorm all possible options. Can you buy a previously owned car? What’s the threshold for the number of miles on the car that you’re okay with? Instead of going to a dealership or car lot, are you comfortable buying for sale by owner? Can you save up enough cash to make the purchase outright, both allowing you to ask for a cash discount and do away with the pricey financing? What about other discounts? Some places offer a military discount or rebate. Your credit union or employer may offer similar discounts or lower insurance rates.

It never hurts to ask. Sometimes the discount you’re asking about may not be available, but that prompts the sales person to tell you about discounts that are available or can lead to other cost-savings tips.

Related: 5 Tools to Negotiate a Better Deal…On Anything

Ask if you’re willing to accept the trade-offs.

Now that you have hard figures, ask yourself if what you’ll be giving up is worth what you’re going to gain. Are you prepared to cut back, think radically, work harder, and make do longer? If the answer to any of those questions is “no,” chances are you don’t truly want your dream. You may just like the idea of it.

We are often our own biggest stumbling block, but that’s hard to admit, even to ourselves. If you aren’t willing to do whatever it takes to realize your dream, question why not.

It can be helpful to break your goal down into actionable, bite-sized pieces instead of just a lump sum. Instead of thinking I need to save a lump sum of $8000 for a car, think of it in more manageable terms like saving $7500 for a car, $175 for registration, and $375 for insurance.

The word “budget” has negative connotations for many people, as it makes them bristle and feel constrained. I know it does for me! If that’s true of you too, call your money plan a different name, such as “Sitting Pretty” or the “Never Say Die Plan.”

Related: Why You May Need a Spending Plan Instead of a Budget


Is debt cramping your lifestyle?

Imagine how much simpler life could be if you were debt free. We can help you make a plan to get there.