Delayed Gratification Could Make You a Millionaire 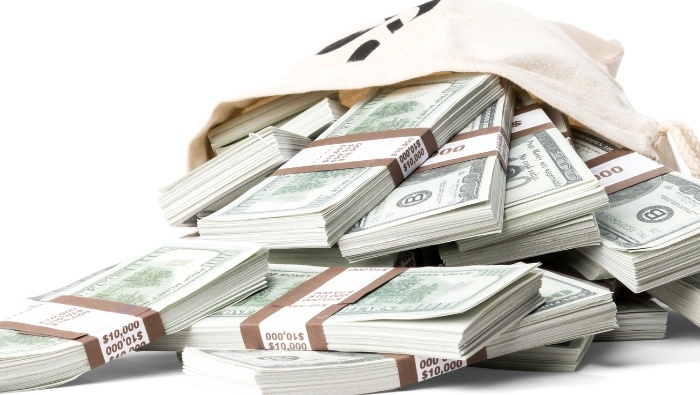 Becoming a millionaire may seem like a mirage that you will never be able to reach, but delayed gratification could make you a millionaire.

Becoming a millionaire is only something that will happen to those fortunate people, who, unlike you, have won the state lottery or inherited Uncle Joe’s fortune. Or are the CEO of a massive publicly traded corporation, or possibly someone with a long history of making shady business deals and somehow not getting caught by the law. Right? Wrong!

The Millionaire Next Door

Have you read The Millionaire Next Door: Surprising Secrets of America’s Wealthy, by Thomas J. Stanley and William D. Danko?

This book was first published in 1998, with a more recent publication in 2010. The bestseller shows how regular folks like you, living on Main Street USA and working hard at their eight to five jobs, can amass a fortune using good common sense and living by the principles of delayed gratification.

What kind of wealth accumulator are you?

The UAW’s are folks who seem to have relatively little net wealth in relation to their income. You may know some people like that, and possibly you even fall into that category. But don’t be embarrassed. There are many more UAW’s in the world than PAW’s. And always remember that spending habits can be changed, so there is hope for you and the many UAW’s in this world.

The people headed to becoming millionaires are the PAW’s. They are essentially the opposite of the UAW’s and live well beneath their means. They spend far less than they earn and tend to avoid status objects or leading a status-driven life.

You might initially feel sorry for these people because they look like “poor folks.” Maybe they give their children haircuts at home to save $15 a month per child at the salon. Possibly they eat food out of their own garden. Maybe they share garbage service with another neighbor.

Related: What’s Your Net Worth? (And Why Should You Care?)

Delayed gratification typically distinguishes the PAW’s from the UAW’s.

The focus of The Millionaire Next Door is delayed gratification, particularly when it comes to large purchases.

That neighbor you have who is still driving around in his ten-year-old Honda Accord may know something important about delayed gratification worth sharing.

And what about the family living down the street in the only house they ever owned. They married, had a bunch of kids, and now their kids are grown. But, they are still residing in that house. The house looks fabulous on the outside and the inside because these people know what smart improvements to make on the house and how and when to perform basic maintenance. They know a few things that other millionaires know, too.

So, never let yourself think like a victim, even though you know you may be worth more than what you are paid at your job. And never allow yourself to believe that the acquisition of wealth is just for other people.

You can create a lifestyle based on frugality and delayed gratification and save or invest wisely the money that is the reward of your new, more sensible lifestyle. That’s a promise!

Take the Next Step:

Debra is an occupational therapist, accountant, teacher and freelance writer. She is a writer for Advance for Occupational Therapy Practitioners. She also writes for Grand Magazine, has some items (fiction and non fiction) selling on Amazon (Kindle)