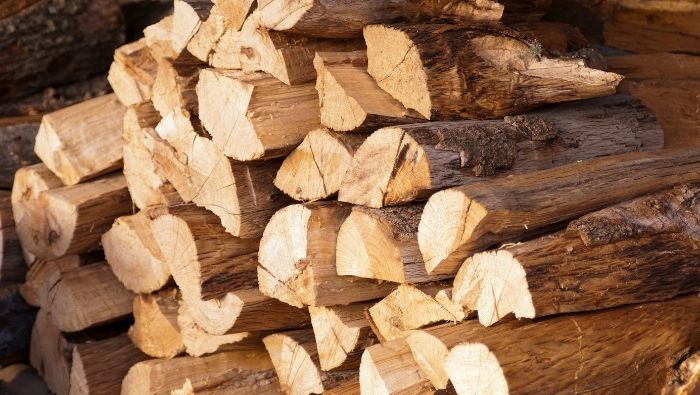 Do you heat your home with wood? Then don’t miss these five places to find free firewood for your fireplace or woodstove.

Winter has a way of sneaking up on us each year, as do the monthly heating bills. You may already have a fireplace or wood burning stove. Lucky you. If not, you may decide to purchase a woodstove, for under $1000 plus the cost of professional installation, when you learn how simple it is to scavenge for free firewood near your home.

Crunch the numbers; you may find that supplementing your home heat with wood burning may pay for itself in only a few years. Follow the guidelines of your homeowner’s insurance carrier when installing a woodstove. And for under $60, you can purchase an easy-to-use electric chain saw that might become your best friend when you get serious about scavenging for wood.

Folks living in the country already know how plentiful firewood is, but whether you live in a large city or small town, free firewood for burning is all around. You just have to look for it.

So where is all this free firewood where you live?

1. Look right in your own backyard

Most municipalities have public works or arbor departments and park districts that keep trees on city property trimmed to maintain their proper shape and from growing unwieldy. Learn where trimming will occur in your area.

For trees on private property, arborists are hired by homeowners. Let it be known that you’re in the market for free firewood.

After a heavy windstorm, often large branches have fallen; people will happily give you the wood. Whether you walk, bike or drive the car, take different routes to scout out free wood.

As you become experienced at collecting firewood, you’ll learn which woods are considered hardwoods and burn the hottest, such as oak, and which are soft woods, such as birch. Some people avoid burning pine, as they claim it leaves sap in the chimney, which turns into dangerous flammable creosote.

Many communities have a landscape reclamation center where yard waste, including firewood, is dropped off. Find out if your landfill offers free firewood.

Depending on the size of the wood chunks, you may not even need a truck, but can safely deliver it home in your small car trunk.

Always keep work gloves in your car, and also a towel, blanket or old bed sheet to line the bottom of your trunk to prevent chips of wood from making your trunk dirty.

3. Become a lumberjack or lumberjill

Another place to get scrap wood to burn is from your high school woodshop class. Talk to the shop teacher; they’ll gladly save the wood for you.

Avoid wood that contains glue or adhesives, such as plywood or pressed board. Dangerous fumes are emitted when these woods are burned. It’s not worth pumping pollutants into the air to save money! And, always avoid burning anything with plastic.

Ashes from burned wood can be disposed of in the garden; this adds valuable nutrients to your soil. If you burn lumber that has hardware attached such as metal hinges, nails, and screws, be sure to sift those out before pouring dead ash onto the compost. Make sure you’re current on your tetanus shot!

Related: The Pros and Cons of a Corn Burning Stove to Heat Your Home

4. Scavenging for wood can be palatable

Pallets, also known as skids, are useful for storing wood on top of them in your yard to keep the wood from rotting. Additionally, they can be cut to fit into your fireplace or wood stove.

Newspaper circulation centers, stores, malls, and factories often have broken pallets that are no longer useful to them; they want the public to remove them. All you need to do is ask.

Use the Internet buy-sell sites and check out the “free” section; search for ads giving away firewood or scrap lumber. You’ll be surprised how often you find wood. Sometimes the person is so eager to get rid of it that they’ll deliver it to you.

Supplementing your furnace with wood burning may be a smart choice for your home.

Be resourceful and your fireplace or woodstove can provide much family pleasure while saving you money. You’ll feel like you stepped out of a Norman Rockwell painting as the teakettle whistles atop the woodstove while you’re popping corn over the fire. And “Chestnuts Roasting on an Open Fire” can be more than just a holiday song; you can roast your own chestnuts as you gather in the cozy wood-heated family room.

Family members of all ages can enjoy finding free firewood near your home.

Debra is an occupational therapist, accountant, teacher and freelance writer. She is a writer for Advance for Occupational Therapy Practitioners. She also writes for Grand Magazine, has some items (fiction and non fiction) selling on Amazon.com (Kindle)