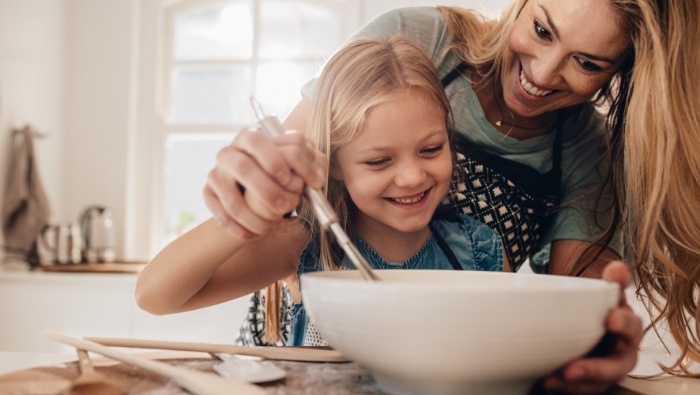 Heirloom cooking may not be for everyone, but if you’d like to save money and provide your family with healthy meals, heirloom cooking is something to explore!

Are you looking for a way to shrink that ever larger grocery bill? Many people are. According to the USDA, food prices are up about 2% from last year (although it seems like more). Could heirloom cooking methods save you money on your grocery bill?

To help us understand what heirloom cooking was and how it works, we contacted Valerie K. Hanson. She’s an executive chef with a unique licensure from USDA to teach food preservation (canning, etc.).

Q: What keeps most people from doing more traditional cooking?

Q: Is heirloom cooking more a matter of eating healthier or saving money?

Valerie: This is a tough one. I think it is something different for everyone. It is truly a win-win combo. Why aren’t more people saving money while eating healthier?! It is also a matter of controlling what is in (and not in) food for some folks and a connection with their roots for others.

Q: Is it possible to estimate how much a family could save with heirloom cooking?

Valerie: This depends on some broad ranging factors. The term heirloom cooking means a lot of things to different people. It could mean making a family recipe from five generations ago using ingredients that may now be difficult to obtain or much more expensive than before. (Bacon is a good example here, used to be an inexpensive poor folk meat that they probably grew and smoked themselves. Now it is $8 a pound for decent stuff.) So, I will define it as it fits in my world:

Now, let’s get back to your question. If a family of four did just one change a week, the savings would be significant. Here is an example. Our fictional family is living in suburbia and has a little space for container gardening on a patio. We’ll replace one restaurant take-out meal. Let’s say it’s a KFC family meal (eight-piece meal with two large sides and four biscuits at $16.49 to $20.99). This meal is on the shy side. I believe most American families would go for a meal that has three pieces for each person, which can go up to $33.

Instead of this KFC meal, our family will buy a chicken and roast it, so no one is slaving over a hot stove. It will be a four- to five-pound chicken ranging from $1.50 to $2.75 per pound. (I won’t suggest they just harvest one from their backyard flock, although many cities and suburbs now allow flocks.)

Their new meal will include mashed potatoes and gravy, which are easy to make. They just need to boil potatoes (hands off again) and use some of the chicken drippings and flour to make gravy. A bag of potatoes is about $3.99 for five pounds. (See Storage Tips to Prolong the Shelf Life of Potatoes.) A bag is often cheaper, and they will only use about five spuds.

They’ll also have four baking soda biscuits that cost about $1 (with buttered tops). And let’s serve salad instead of the coleslaw for ease in time. A head of lettuce ranges from $0.80 to $1.50 and our family will only use about a third for big servings. We’ll add some shredded carrot to our salad for color, which will cost about $0.20 to $0.35. Plus, we’ll add vinegar and oil dressing for $0.55.

I’ll throw in the water for free. No one needs that nasty soda pop.

At its highest end, the meal cost about $18.50 and is so much healthier and more nutritious than the KFC meal. On the low end, it would be $13.04. If they raised that chicken using kitchen and garden scraps to supplement feed and grew the lettuce, carrots, and potatoes in containers, it would be about $7.55. Not too much of a difference in hands on. After all, someone had to drive to KFC, wait in line, pay, and drive home. 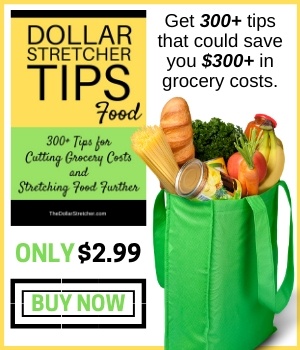 Q: Our grandmothers spent a lot of time slaving over a hot stove. Doesn’t heirloom cooking require a lot of work?

Valerie: While I’m a proponent of keeping ingredients heirloom, I’m not so much about the tools. Grandma would have liked the tools we have today. She just didn’t have them. In my book, it’s OK to set aside the old egg beaters for a mixer and to use a food processor instead of a knife. My cooking school students are always amazed by how quickly they can do something that they thought would take hours. (But always use a butter churn when making butter. Otherwise you can make some very hard butter and burn out your mixer motor.)

Related: 5 Iowa Farm Kitchen Hacks to Save You Money

Q: Can you buy the ingredients for heirloom cooking? Or do you really need to grow your own?

Valerie: A lot can be grown in small spaces, but not everyone has the time or space for growing food. Food can be bought economically at road side stands (in-season) and often in small grocery stores that purchase local produce for retail selling. Farmers’ markets can be good sources, but they can also be expensive and not local. Regarding farmers’ markets, you should look for the little booths selling a few items that are in season. You will get a fair price and know you got local fresh produce. So many farmers’ market booths are just buying produce off bulk trucks and representing it as something they grew. It’s no different than going to the grocery store.

Q: You advocate the social aspects of traditional cooking methods. Please explain how that works.

Valerie: The social aspects of heirloom cooking are huge. If you’ve never had the joy of cooking with relatives or friends, put it on your bucket list. In times long gone, the woman of the house didn’t just cook a meal all by herself. She didn’t can the tomato harvest alone either. Daughters, families, neighbors, and friends got together and made the work fun. There is a saying “More hands make light work.” One of my more popular cooking classes is “Cooking Challenges.” A group of people will come and some are assigned to the salad/soup group, some to the side dish group, some to the main entree group, and some to the dessert group. But, all are in the same kitchen. They laugh, cook with no recipes (I guide this), and then sit down to enjoy the meal they prepared.

Heirloom cooking may not be for everyone, but if you’d like to save money and provide your family with healthy meals, heirloom cooking is something to explore!