An Allowance and Your Child’s Financial Growth 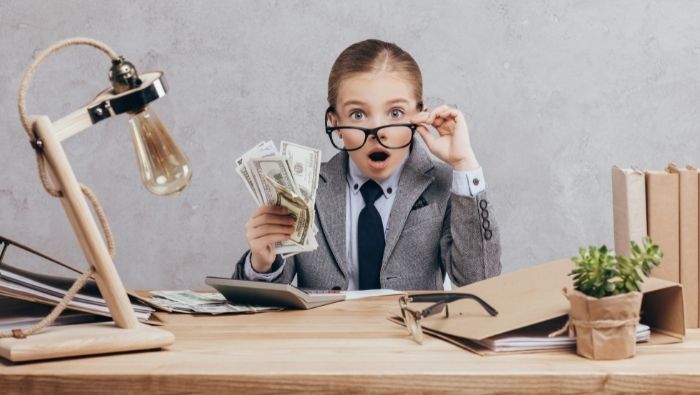 Did you know an allowance has an impact on your child’s growth? Here’s how to use an allowance to teach your kids about money and about life.

Gary,
My sons are 4 and 7. I have not started an allowance yet, since I have a problem enforcing chores. If you have any advice on how much to start them at and when I should start, it would be greatly appreciated.

My 7-year-old asked me last month if I could pay him an allowance and I told him that he was not doing his non-paying chores now and could not get money until he does this and then some additional chores. How do I get him motivated? He is lazy and unfortunately we have spoiled them both by always buying them things.
Carolyn

A kids’ allowance can be a great tool for teaching your child about money and life. A properly used allowance can also help motivate a child and give them the opportunity to learn from small mistakes.

Let’s explore some options to consider when deciding to pay your child an allowance.

At what age should you start paying child on an allowance?

You really can’t successfully start an allowance until a child understands how to count. It’s even better if they can do basic addition and subtraction.

One of the first things they’ll learn with an allowance is to recognize the different coins and how to make change. Usually your child will be ready in the 6 to 8-year old range. Many parents start when the children reach first grade.

How much allowance should I pay my child?

When my kids were young, they received $1 for each grade level. So when they were in second grade they got $2 per week. Admittedly, this was a few decades ago.

It’s impossible to say exactly how much allowance is enough. A lot depends not only on the child’s age and the family’s financial circumstances, but also the maturity of the child. In setting an allowance you’re trying to get within a range. You don’t want it to be too small. That won’t motivate the child.

The allowance needs to be large enough for them to make meaningful decisions. When a child realizes that he has it in his power to buy a desired toy, he’ll begin to grasp the concept of money.

Next they’ll learn that something they want costs more than their weekly allowance. When they decide to save for a few weeks to make the purchase you’ve taught them a valuable lesson.

On the other end of the range, an allowance can be too big. They should have enough money to make small but not large mistakes. And, the allowance shouldn’t be a burden on the family budget or be beyond a child’s maturity.

Carolyn will actually want her kids to make some mistakes. Expect them to buy a poor quality toy. Talk to them about the choices they make. Those lessons today could keep them from making major mistakes years later.

Related: 13 Things to Teach Your Kids To Make Their Financial Lives Easier

Should I tie my child’s allowance to chores?

Parents tend to divide on whether an allowance should be tied to chores. There are good arguments on both sides. Those who favor linking them claim that it teaches the child that you need to work for money. And, generally that’s true. It’s a good lesson for them to learn, too.

However, it also puts the child in a position to say they won’t do household chores because they don’t need the money. That’s not something a parent wants to hear!

Personally I favor keeping chores and allowances separate. Our family has work that needs to be done. And, in my view, everyone benefits from the work being completed. So everyone should help do it.

Carolyn wants to get her kids motivated to do chores. In some ways children are just like adults. Everyone has a little greed and selfishness in them. Don’t believe it? Then why is “mine” one of the first words that a baby learns? And teaching toddlers to share is one of the harder lessons?

You can use their greed and selfishness to get them motivated. Even if the allowance and chores aren’t directly linked, you can still withhold it if tasks or grades aren’t kept at an acceptable level. Just make sure that the child knows in advance what is expected and the penalty for not meeting that standard. Most children will quickly grasp the connection between doing their work and getting the things that they want.

Related: Getting Kids to Complete Chores

Smart parents use an allowance to teach their children about money. Carolyn has already identified a motivation problem in her son. It will be much easier to correct it now than when he’s nearing adulthood.

In a world filled with ATM’s and credit cards, children need to learn about money early. Parents can use an allowance to speed that education.