What a “Wish Jar” Can Teach Small Children About Spending Choices 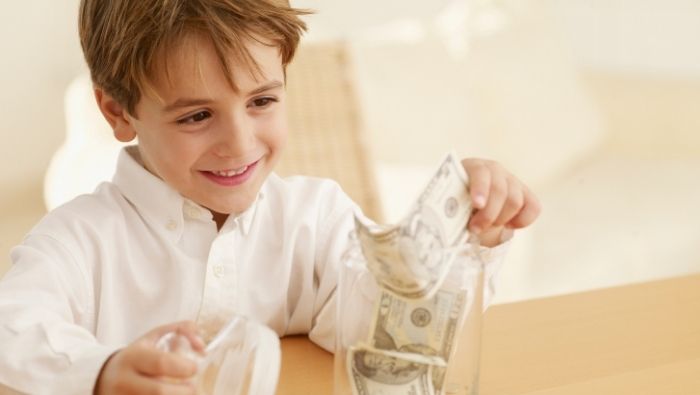 Young kids have a hard time understanding the difference between wants and needs. Here’s an easy way to use a wish jar to teach small children about spending choices.

“Mommy! I want that!” “Mommy, can I get this?” “Mommy!” How many times have we heard these cries as we ventured into any type of store?

Whether we were in the grocery store, Home Depot, or Walmart, the cry was the same. “Mommy! I want!”

When my son was at this stage, I came up with a plan. I created a “Wish Jar” out of a one-gallon clear pickle jar from my local deli. Each time my son would ask for something, we would stop and I would write down, as detailed as possible, a description of the item (color, store it was in, etc.) and the date. My son was told that it would go into the Wish Jar when we got home.

Whenever my son got birthday money or any money for any holiday, we would go to the Wish Jar and see which thing/toy he wanted to buy. It was amazing how many things no longer had such urgent appeal! We would go through each piece of paper; sometimes I had to remind him of the toy we had seen because he didn’t remember.

This saved me a lot of money and gave me an out when the money just wasn’t there to buy a treat. There were no tantrums and no whining.

I really hated the whining. His room was designated as “The Whining Zone.” He was only allowed to whine in his room, or I would start whining back at him. I was really good at it (I have an older brother) and I would exaggerate it terribly. My son couldn’t stand it, so he would usually stop.

If the offense was greater than this, he would grudgingly trudge up to his room, still whining. A few minutes later, while at the top of the stairs, I would hear him say, “I’m done. May I come back down now?” Stifling a giggle, I would ask if he was sure he was done. Usually he was, but once he said, “No. I better stay up here for a while yet.”

As he got older (out of riding in the grocery cart stage), we still kept the Wish Jar alive but changed it up a little.

If we made it out of the store without him asking for something, he got a “Caught You Being Good” token. I had saved 12 tokens from a Chuck E. Cheese birthday party. I would award him one whenever I caught him being good or displaying kindness to someone, such as holding the door open for someone without being told. When he had acquired 10 tokens, he had the privilege of shopping at The Mommy Shop.

I would stop at the dollar store or keep a look out on my travels while he was in school and pick up inexpensive toys, stickers or crafts I knew he liked. I would announce “The Mommy Shop will be open this afternoon!” and he would scramble to find his tokens and get ready, up in his room. I would display the wares on the couch downstairs with varying “prices,” so he would have to figure out which things he could get. He couldn’t buy everything, so he would need to practice his math at the same time.

Related: 8 Things Your Kids Need to Know About Money


As he got older still, one of the items he could “buy” would be a windowed envelope with a $1 bill showing. Sometimes there would be a $5 or more singles behind it. That usually appeared when there was something I knew he really would like to have, but could not get both. All sales were final at The Mommy Shop!

My son is 25 now, and I still mention The Mommy Shop and the Wish Jar occasionally. He just smiles, because there was only one thing that we ever ended up buying from the Wish Jar. It was a five-inch tall stuffed Jiminy Cricket, and to this day, he cannot remember why it was so important that he have it. I guess it kept him wishing upon a star.