What is the FIRE Movement? And Why Should You Join? 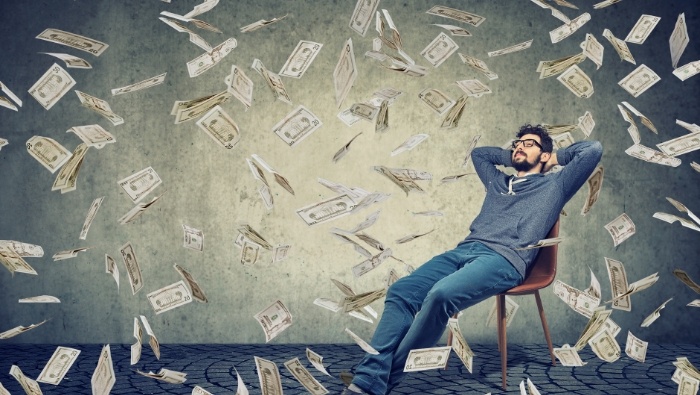 Even if you’re not interested in retiring early, there is quite a bit to gain from the FIRE movement. Find out more about what it is and how it can benefit you financially.

The Financial Independence, Retire Early (FIRE) movement has been growing in popularity for years now. But what exactly is this seemingly impossible crusade to retire young all about? The rationale behind the shift in financial focus is actually quite intriguing and reveals a new mindset toward money that can be beneficial for anyone.

The Concept of Retirement

The FIRE movement shares many similarities with other careers of the past. In fact, the concept of “retiring” is a fairly modern phenomenon, introduced by the Prussian statesman Otto von Bismarck as recently as 1881. The bulk of the rest of human history consisted of people who often worked from childhood to their deathbeds.

What is the FIRE Movement?

FIRE is just as much about “Financial Independence” as it is about “Retiring Early.”

Thus, much of the focus tends to include both how much you make and how much you spend. If you save enough to meet your spending needs, you’re much more likely to retire early than if you calculate things based off of traditional models.

FIRE is a rather fluid movement that encompasses a variety of opinions, even from its leaders. However, the general rule of thumb for a FIRE retirement plan seems to be saving around 25 times your yearly needs. For example, if you require $40,000 per year to live, you would need to save $1 million.

FIRE Is Not About Not Working

Just because a person chooses not to go to college doesn’t mean they’re not planning ahead. Those interested in joining the FIRE movement often view post-secondary education opportunities largely in terms of value. While they won’t necessarily eschew college, they will only pursue a degree if it makes sense financially and allows them to achieve their personal goals in life. They’ll also utilize strategies for saving money while attending school in order to avoid excess waste.

Another critical component of the FIRE movement is the idea that retiring early doesn’t mean that you stop working. On the other hand, you’re never too young to start pursuing the things you actually love in life. FIRE thought leaders like Jonathan Mendonsa, co-host of the ChooseFI Podcast, have emphasized the fact that, while early retirement is all well and good, the important part of the deal is not to focus on “not working” but rather on having a greater degree of control over your career. In other words, if you have to work again after you retire, you haven’t failed.

In fact, many FIRE adherents plan on working in retirement. But, critically, they plan to do so on their terms. Some pick up freelance or part-time work on the side as supplemental income. Many focus on self-directed retirement savings accounts as well, in order to have more control over their investments, such as on the foreign exchange market.

While there are numerous variations on the FIRE approach, there are a couple of common themes. One of those is conquering debt. Naturally, the less you owe, the less money you need to live year over year.

In addition to reducing debt, though, another very important element is eschewing the classic “keeping up with the Joneses” lifestyle. An obsession with always looking “on top” is often a recipe for financial disaster, which is why living frugally has become a key part of the FIRE movement.

Who Is the FIRE Movement Best Suited For?

While the FIRE movement can be adapted to many different lifestyles, there are a few things that make it more attractive to some. FIRE habits can be the most beneficial to:

Those who want (realistic) control over their lives. Above all, if you desire to control your own path in life, FIRE can enable you to do that. Of course, you’ll need to compromise at times and work with the hand you’re dealt, but a lifestyle like this can be ideal if you want to break out of the traditional retirement path and work on your own terms.

Learning From the FIRE Mantra

The truth is, there is quite a bit to glean from the FIRE movement, even if you’re not interested in retiring before those Social Security benefits start kicking in. Practicing living within your means, lowering unrealistic expectations, and prioritizing flexibility and control over financial abundance can ultimately lead to its own success – even if that success is defined differently than it has been in the past.