How The Things We Believe In Affect Our Finances 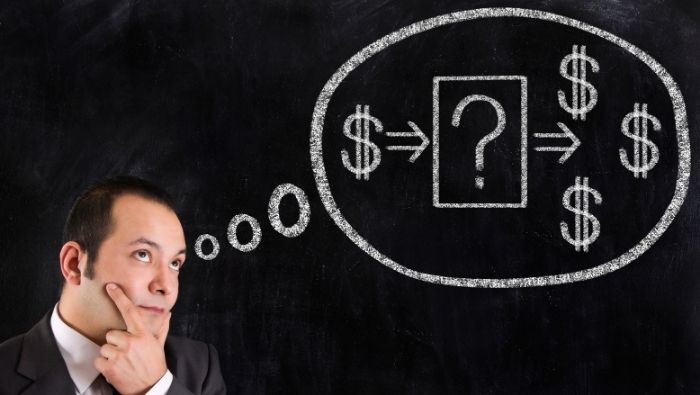 What are your money beliefs? Are you denying facts that could hurt your finances?

The human mind is very interesting.

Today I’d like to take a look at some of the financial things that we might believe.

Bad things won’t happen to me.

I own the one car that won’t break down. Others will get sick, but not me. Therefore I don’t need an emergency savings account or insurance. I can postpone the savings or insurance until I have more money.

But, the facts are sobering. Every car will break down at some point. And almost all of us will spend some time in the hospital during our lives. The truth is that everyone needs a plan for handling unexpected expenses.

Related: 8 Reasons You Don’t Have an Emergency Fund

With these simple tips and tools, you can build an emergency fund, even while living paycheck to paycheck.

I did it before and didn’t get hurt.

Just because you got away with a bad decision before doesn’t mean that you’ll continue to get by with it.

It’s a little like walking away from an auto accident. You don’t automatically assume that you’ll be as fortunate the next time it happens. So the sane driver tries to avoid accidents.

That “everybody’s doing it” is a good reason.

If you hear yourself saying this, you need to check your math. Because it’s very rare that everyone is doing something dangerous. Usually it’s only a few people. And rarely do we know enough about their finances to know whether they’re really getting away with it. Even if they look prosperous, that doesn’t mean they don’t get calls from bill collectors and worry themselves to sleep each night.

Besides, even if everyone were doing it, that doesn’t mean that it’s smart for you to do it.

In the early 2000s, lots of people were using variable mortgages to buy homes they couldn’t afford. It seemed like everyone was doing it. But, the rates went up and they couldn’t afford to make the payments. Many lost their homes in the 2008/09 crash. Now we know that it wasn’t alright.

Bottom line? Think through any move and how it might affect your personal finances.

Related: The Financial Folly of ‘Keeping Up with the Jonses’

We’d all like to believe that we’re smarter than average. And, that our smarts make us less vulnerable to financial problems than the average guy.

The sad truth is that our guard is down when we’re so sure of ourselves and we’re probably more likely to have problems.

Don’t be fooled by your own arrogance. It’s surely true that pride goes before a fall.

Related: Why Smart People Are Poor

That decisions don’t have consequences.

We all live with our decisions. But many of us fail to see the connections between the problems that we’re having today and the decisions we made yesterday.

We chose a new car instead of leaving the money in savings. Months later the refrigerator breaks down and we don’t have the money to repair it. Bad luck has nothing to do with it. It’s the decision we made to take the money out of savings that caused the suffering today.

To understand what went wrong (so that we can learn from the experience), we often have to go beyond the first step. Sometimes the problem goes back a few steps.

Someone/something will save me.

Maybe when you were young, your parents bailed you out when you made a poor choice.

Don’t be so sure that will always happen.

When you took out a student loan, you agreed to pay it back. When you sign an auto loan or a mortgage agreement, you’re the one responsible. A rich uncle might die and leave you an inheritance. But there’s no guarantees that you won’t have to meet the obligation on your own.

Get proactive about tackling your debt.

Get the book How to Conquer Your Debt No Matter How Much You Have and begin the journey to financial freedom today!

Take a look at some of the things that you believe about your finances. You might just find that some of them simply aren’t true.