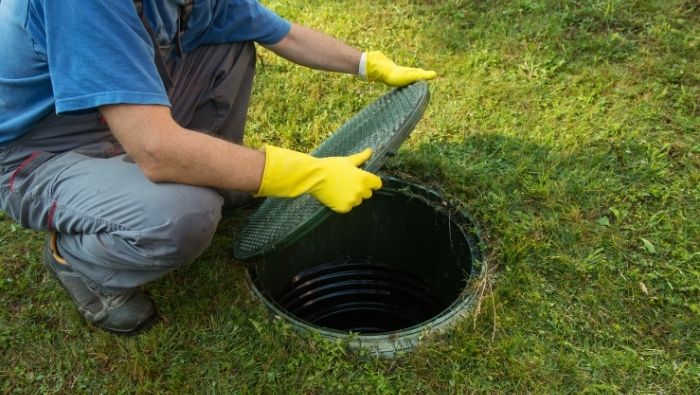 Would you like to avoid a home repair that could cost thousands? Take these inexpensive steps to avoid costly septic system problems.

When you buy a car, you are given an owner’s manual containing instructions on how to care for it.

Septic systems often cost as much or more than cars. Unfortunately, nobody gives you a manual when they are installed, and most people have little idea of how to maintain a septic system. As a result, many septic systems fail unnecessarily.

The price for failure is steep in two ways. More than 1200 people die each year from contaminated water, and failing septic systems are the leading source of water born disease outbreaks in the country today. Septic system replacement is also extremely expensive, with costs running from $5000 to $20,000 or more.

Fortunately, there are some highly effective, inexpensive steps you can take to eliminate this very costly problem.

Before discussing solutions, let’s look at why septic systems fail.

Now for your solutions.

Use a washing machine filter

Did you know that washing machines are one of the leading causes of septic system failure? The primary culprit is lint generated by washing machines, which clogs the soil in drain fields.

Did you know that the typical family washing machine produces enough lint every year to carpet an entire living room floor? Lint screens and nylon socks trap less than 5% of these contaminates. These minute particles, because they are so small and light, do not settle in the septic tank. Instead, they stay in suspension and are flushed out to the drain field where they plug-up the pores of the soil bed.

To compound the problem, much of our clothing and carpeting is now manufactured with synthetic materials such as polyester and nylon. These substances are not biodegradable, and will not break down in a septic system. Instead, they accumulate and clog the soil. Once these non-organic materials enter the drain field, there is no way to remove them.

The good news is that lint can be prevented from entering the septic system through the use of a reusable, inline filter, called the Septic Protector, which attaches to your washing machine discharge hose.

You can also damage your septic system by doing a large number of laundry loads in a short period of time.

In standard septic systems, solid materials settle in the tank, while effluent flows out into the ground. If you put more water into the septic system than it is built to handle, the high volume of water will flood your system, and can also flush solids out of the tank into the drain field. A typical washing machine can use up to 62 gallons of water per wash load. On a heavy wash day, you can easily put 400, 500, 600 gallons of water down the drain in a few hours.

The solution is to spread out your water use. Do 1 or 2 loads of laundry per day, rather than several loads on Saturday morning.

Water softeners can also damage your system by putting too much water through the septic system. These devices can put several hundred gallons of water down the drain every week that is not contaminated and does not need to go through the treatment process.

Fortunately, there are a couple solutions to this problem. You can upgrade your softener with a newer efficient model that uses less water and regenerates on demand (when you use x number of gallons of water) instead of a timer system that regenerates whether you use water or not. You can also install a mini-septic system for your softener.

Prevent solids from leaving the tank

Effluent filters, about $70, are installed (by a contractor) in the exit baffle of the tank and stop the larger solids from getting out to the drain field. These filters are cleaned every few years when you have your tank pumped. They are cheap insurance and along with a washing machine filter, one of the best things you can do to protect your system

Some argue that the use of leading brand laundry detergents, bleaches and fabric softeners can kill the useful bacteria in your septic system, causing it to fail. However, normal use of these products should not effect the operation of your septic system.

These products do kill a small amount of bacteria, but septic tanks harbor large bacterial colonies and the effect is negligible. Excessive use of these products can contribute to septic system failure. If you do over 5 loads a week using bleach, problems could arise. Avoid powdered detergents, as they contain non-biodegradable fillers that can plug your system.

Should I use a separate system for my washing machine?

Some people say that you should use a separate system for your washing machine, called a laundry interceptor. However, this is not necessary and is in fact undesirable.

Washing machines should discharge into the regular system because it actually works better than discharging into it’s own system. In order to work, septic tanks require bacteria colonies which break down biodegradable matter. These bacteria colonies require “food” which is found in our wastewater, but not in detergent. Without “food” these bacterial colonies die, and the system fails.

Many people who have installed these systems found this out the hard way, as their systems failed in a short period of time. A research project conducted in several east coast states utilized some rather high tech systems for washing machine discharge and many began failing in as little as 8 months.

If your septic system fails

In quite a few cases, a tune-up can fix your system and you can avoid the high costs of replacing the system. This tune-up includes properly pumping the tank, cleaning the drain field lines, and installing washing machine and effluent filters.

If these measures are not sufficient, some failed systems can be rejuvenated by fracturing the soil. This process utilizes a hollow tube inserted into the soil, then a 300 pound blast of air is injected into the soil creating thousands of tiny fissures. These fissures allow the drain field to drain, creating an oxygen atmosphere and allowing the aerobic bacterial colonies to re-populate. This process can be performed in a matter of hours with no digging or damage to the yard. The cost will range from $1,000-$2,000, which is a lot cheaper than a replacement septic system.

If you have a clay soil which has become plugged due to sodium from wastewater, Septic Seep can help. This product releases sodium bonded clays and reopens soil, restoring passages of air and water. It also has the added benefit of dispersing greases and scums, which clog soil passages.

Corey is the President of The Laundry Alternative, Inc., a company which specializes in providing environmentally-friendly, cost-saving laundry products and advice. You can visit their site at laundry-alternative.com.