Are Those $20 Moments Costing You Thousands? 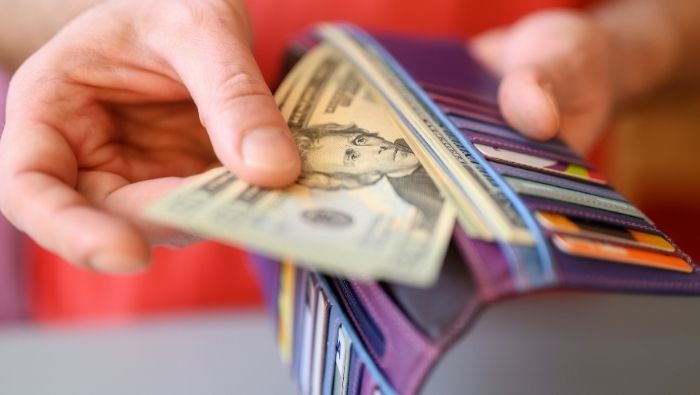 We all have those moments where we pull out a $5, $10 or $20 bill and hand it over for something without a thought. These moments add up over time and can actually harm our finances. Here’s how to identify and control your $20 moments.

But for argument’s sake, let’s stick with $20 since $10 doesn’t go that far anymore and getting something for $5, whether it is lunch or a beer, is in many places becoming a thing of the past.

These moments come up frequently in our everyday lives. And they add up to a lot over time. It is these moments that sometimes leave us wondering where all of money went.

The first step to gaining control over these moments is to identify them. It doesn’t have to involve reaching for a $20 bill in your wallet. Or even your credit/debit card.

If you train yourself to recognize an approaching $20 moment early, you won’t even be close to spending before your internal braking system kicks in.

Too lazy or rushed to make your lunch a few days a week, so you have to buy it? You brought your lunch but work friends ask you to go out for lunch a few times and you can’t say no? Or out for a couple of drinks after work? Looking at that item in a local store or on a favorite website that appears so alluring, yet you know deep down you really don’t need it? These are a few more $20 moments.

The key to rein in spending small amounts of a money

Michael Lynn, a professor of consumer behavior and marketing at Cornell University, has a rather straightforward suggestion for reining in spending small amounts of money. “The best advice I have to offer is to use cash for all purchases. Actually parting with tangible cash is a great nudge toward restraint.” (See also: Why We Spend More Using Credit Cards.)

Do many of us have perhaps a hundred of those $20 moments every year? I probably do, and I suspect you do as well. I say “no” to many of them. If you say “no” 100 times, you have saved $2,000. You could probably have a nice vacation with that money. If you say “no” 50 times, you’ve got $1,000 to invest, add to your emergency fund, or put in a 529 plan for your children’s college education. If you say “no” 25 times, you have $500, which might pay for most or all of your Christmas presents for the year or a getaway weekend to celebrate your wedding anniversary.

Related: Want to Improve Your Finances? Just Say “No”

What is at work in those $20 moments is what psychology professors Amos Tversky and Daniel Kahneman dubbed the “framing effect” in an article published in Science magazine over 35 years ago.

The article was titled “The Framing of Decisions and the Psychology of Choice.” That is, if you mentally frame each $20 expenditure on going out to lunch separately, your decision making may be very different than if you frame it as the fact that you’re going to spend $2,000 if you go out to lunch 100 times in a year.

Psychologically, you’re much more accepting of spending $20 on what you perceive as a once a week reward for working so hard than you are of spending the larger amount over time.

Incidentally, a 2015 study by Visa (the most recent study we found), concluded that the average American consumer spends $20 a week on going out to lunch or just over $1,000 a year.

The pandemic might have changed your work habits. But it hasn’t solved the ‘lunch’ problem. A recent survey of 2,000 Americans about their eating habits from March to July 2020 showed that “On average, people reported ordering takeout 2.4 times per week and spending a total of $67 weekly since the start of the pandemic.” (source: TheDailyMeal.com)

There is no need to deprive yourself to get control of your $20 moments. It’s just about making more conscious decisions about spending and exercising some restraint when those $20 moments arise.

Do you really need to see that new movie at the local cinema right away, or can you wait until it comes to Netflix or Amazon and you can watch it at home for much less (not to mention what you save on snacks and drinks)? Do you need to buy that new best seller or can you wait until it’s available used on Amazon, or better yet, available for free at your local library?

Holly Gillian-Kindel, an advisor with Mosaic Financial Partners of San Francisco, offers a more philosophical approach for those of us who want to deflect the $20 moment. “Recognize that these actions are by choice and not a deprivation. Be of the mind that by placing these structures in place, you are aligning your values with your habits.”

“Believe that each action helps to build a moat around your vision,” she affirms, “protecting you from the myriad forces conspiring to take you off track from your unwavering positive vision of a present and future of abundance.”

What are your $20 moments and how do you resist them? I’ll bet you can come up with a few with little effort. And that’s a $20 bet with yourself that you can’t lose.