How Much Does It Cost to Cool Your Home? 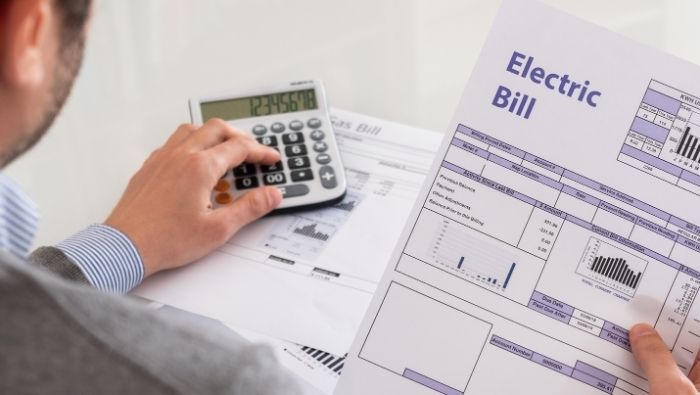 Summer cooling costs bring an increase in energy bills. If you want to make sure you’ll have room in your budget, it’s helpful to determine how much it costs to cool your home so you can find ways to save.

If you’re trying to plan ahead for this summer’s budget and considering your options for keeping your home cool within a reasonable price range, it can be very helpful to compare options and see what you can expect to be paying.

While the variants will clearly vary these formulas according to your location and the condition of your cooling equipment, you can still get a fairly good estimate with a basic formula.

“W” – A “W” is a watt, which is the standard unit for measuring power.

“BTU” – A BTU stands for British Thermal Unit and measures thermal heat energy. In terms of ACs, they will generally rank in the 1000s.

“EER” – EER stands for the Energy Efficiency Ratio of any given appliance and basically tells you exactly how much cooling your AC will be able to provide you based on the amount of electricity it’s using. The higher the EER rating, the less energy it consumes. As a basic rule, anything over 10 is deemed “good” in terms of energy efficiency.

You will often see “energy consumed” represented by a “W,” and EERs can also be listed as BTU/W.

“SEER” – The SEER takes things to the final step and tells you the Seasonal Energy Efficiency Ratio, which is determined by BTU divided by watts within a given cooling season. As with EER, the higher the SEER, the more energy efficient the AC is.

Related: Cooling Your Home Without Cranking Up the A/C

What Does This Equate To for Home Cooling?

With this background information in place, you can get a basic idea of how much it’s going to cost to cool your home using one last formula. According to Wikipedia, you can determine it with this example:

Time: operating for a total of 1000 hours during an annual cooling season, determined as 8 hours per day for 125 days

With a SEER of 10, the annual electrical energy usage would be:

Related: Smart Ways to Save on Summer Cooling Bills

The average power usage may also be calculated more simply by:

* You will need to contact your local electricity company and figure out what the cost per watt is per hour to make this relevant.

To get a cost per year, you will need to figure out how many hours you plan on running your AC and multiply it out by your final cost per operating hour.