Could Paying for Kids’ College Hurt Your Retirement? 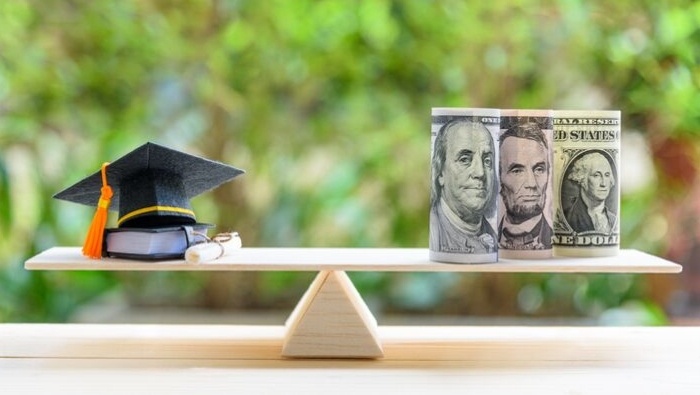 Most parents want to give their kids a college education, but if you interrupt your retirement savings to fund it, you could run short after you retire. Here’s what you need to consider.

Could helping pay for your kids’ college impact whether you’ll have enough money in retirement? It would seem so. An AARP article stated:

“Student loan debt is growing at alarming rates for adults age 50 and older, according to a report from AARP. Fifteen years ago, borrowers in this age group accounted for $47 billion of the nation’s student loan debt. By last year, that figure had grown to $289.5 billion.”

It’s a question that many families face. Should they help junior pay for college or continue to save for their own retirement. We found a helpful article on the subject by Ronnie Colvin, M.S., so we contacted him for further information. Mr. Colvin is a financial planner with Cole Financial Planning and Wealth Management, Inc. in Birmingham and Huntsville, AL.

Q: With college costs rising rapidly, it’s hard for parents to save enough to pay for a college education for their children. You advise that parents think twice before borrowing to pay for college. Why is that?

Mr. Colvin: While sometimes borrowing for college expenses is unavoidable, it’s always best to keep it to a minimum whenever possible. Of course, that’s true for any sort of debt really, but student loans are more problematic for a few reasons.

First of all, unlike other consumer debt, it is near impossible to discharge in bankruptcy, thanks to changes in bankruptcy rules several years ago. Student loans will stick with you even after you’ve retired and are on a fixed income, which could seriously impact the parents post-working years.

Secondly, as stated in my original post, parents can’t borrow for retirement expenses like children can borrow for college, so if debts are to be incurred for higher education, it should be done by the children. I would even go so far as to caution parents about co-signing for the student loans, since in the final analysis that puts the parents on the hook for the balance should the child not pay.

Third, college expenses tend to be one of those things where parents sometimes “give in” to the superficial desires of the children and thereby incur even greater expenses than necessary. Going to a particular school (usually where their friends go) and wanting to “go away” and have the “college experience” can be code for “I want to have a good time at your expense.” Frankly, that is simply too big of a financial burden for no good reason. Where you go to school, particularly for undergraduate studies, generally has little to do with economic outcomes later. A good education can be found at an inexpensive state school or, even better, a good, local community college for the first two years and then transferring to the state school later. This can create huge savings. It comes down to doing the hard work and studying more than it does the pedigree of the school or its geographical location.

Q: Could a situation where parents contribute to college costs, but not pay all of those costs, work for some families?

Mr. Colvin: Absolutely! I’m all for parents helping out if they are financially able to do so without negatively affecting their own financial needs. The best way for parents to do that is to start planning early by using a tuition savings plan like a 529. Start it early and contribute a little bit as often as possible. If the parents start early enough and with a reasonable, steady deposit stream, college for the kids can almost be paid for entirely.

If the parents have the means to cash flow part of the college expenses later, that’s fine, too. The key is to not neglect the things that will allow the parents to retire with their own financial house in order before committing to paying for college expenses. Which is worse, the children having student loans and the parents be independent in retirement, or the students have no loans but parents having to lean on the children for their living expenses later? I would assert that the retirement planning is more desirable.

Q: Many families seem to overlook scholarships, grants, work-study, etc. as a way to pay for college. Why is that? And how can families tap into these sources of college funds?

Mr. Colvin: For many students, the last thing on their mind is getting a job and working while in college, since that would detract from what they have set up in their minds as “the college experience.” Certainly some do it and that’s a good thing, but it’s not the first thing they want to consider.

As for scholarships, grants, and the like, I honestly don’t know why the statistics on the usage of those programs seems so low. You would think those programs would be at 100% utilization but they aren’t. I don’t understand it myself. My only explanation is that going through the process of applying for those things and the advance planning required puts them off. They don’t think about it until it’s too late and past the application deadlines.

Q: For families that do interrupt retirement savings to pay for college, is there a formula for them to estimate how much less they’ll have saved when they retire?

Mr. Colvin: The basic Time Value of Money (TVM) calculations can give you a ballpark for that sort of thing. There are a number of Future Value calculators on the web that can do it for them if they don’t have a financial calculator, and of course, it can be done in Excel or Google Spreadsheets. It won’t be exact, but if the parents are putting a certain amount every month for N years at X interest rate into the 529, they can get a good idea of both what they will have to pay for college and what they gave up in retirement savings.

Q: Is there any way for the student to repay the parent for lost retirement savings after they’re employed and earning a larger income due to their college education?

Mr. Colvin: Certainly the child and the parents could come to a private arrangement for that sort of thing, but I’ve never personally seen that kind of thing actually work out in practice. The parents generally feel awkward about taking the money and the children can get resentful about having to pay the parents after the fact. It’s generally better to keep a third party like a student loan processor in between to keep things on a neutral ground. As one popular personal finance person likes to say, family dinners always seem to taste different when you owe money to someone across the table.

Related: What to Know Before Co-Signing a Student Loan

Q: Are there any guidelines that you can give parents before they make the decision whether to fund college or keep saving for retirement?

1. Be reasonable in your budget expectations for what you can contribute. Don’t get yourself in a hole trying to over-fund the 529 or in cash-flowing current college expenses.

2. Plan ahead, long before the child goes to college. A combination of the 529 plan and some advance planning for those scholarships, grants, etc. you mentioned can go a long way.

3. Set the expectations with the children early on about what you can and cannot afford, as well as what you will and will not go along with in terms of where they go and what they study. It’s your money after all, so you do get a vote. Encourage them to look at doing the first year or two at a local school, so both living and school expenses can be minimized before transferring to a four-year school that’s farther away. It will give them time to adjust to being a college student where the performance standards are higher and give them a chance to prove they can cut it without incurring huge costs. Later on, nobody will care if they transferred to the school they really wanted or not.