How Do I Determine the Most Effective Payoff Order of My Debts? 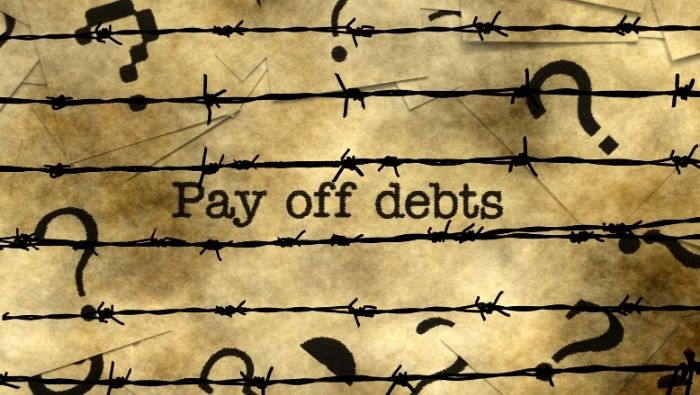 For many trying to get out of debt, a common question is ‘Which Debt First?’ Use these guidelines to make the best decision for your circumstances.

Gary,
If I have extra money each month to pay towards one of my debts, say $400, which one should it go to?

Things to factor in: property values seem to have dropped the value of my house by about $10,000. I might live there forever but I might sell it in a couple of years even if I take a loss. What is the best thing for me to do and how much money would it save? I tried to calculate everything but ended up over my head with numbers. I currently going into retirement and investments. I want to get all of my debt paid off and would like to save as much as I can in interest.
Christine K.

Christine asks a good question. When there’s some extra money at the end of the month, which debt should be paid off first? When you start to factor in home prices and possible moves, it can be confusing.

There’s probably no one universal ‘right’ answer. With this type of question you can always come up with some unlikely situation that would favor one answer over another. We’ll deal with the possibilities that are most likely to occur.

If you put the extra money toward the mortgage

Let’s take a look at the home mortgage first.

With a 30 year, 7% mortgage, Christine will be paying off between $60 and $70 in principal each month. As time goes on, the interest payment drops and the amount applied to principal increases a little. With 27 years to go on the mortgage, by the time she makes that last payment, she would have paid over $105,000 in interest over the whole life of the loan. So she’ll make $180,000 in payments to pay for her $75,000 home.

What happens if she puts that $400 each month towards the mortgage? She’ll have the mortgage paid off much sooner. In fact, it will only take ten years to have her home free and clear. And she’ll reduce her interest expense to only $28,000. A significant difference.

If you put the extra money toward the auto loan

Next, let’s look at the car loan. As Christine said, it’s a 6 year loan. Payments should be about $475 each month. Of that, about $225 is going to principal now. And, just like the home mortgage, each month a little more of her payment goes to reduce the loan balance.

So which is the better deal?

Under most common circumstances she’ll come out ahead by paying off the loan with the highest interest rate first.

How do we know? Let’s create a test. We’ll see what Christine’s debts will look like in two years under each strategy.

So she’s $581 ahead by putting the extra money on her car loan. The longer she does that, the bigger the difference.

An additional advantage to consider

There’s one other advantage to paying off the car loan first. If she doesn’t prepay it she’ll almost certainly be ‘upside down’ in the car for years to come. So if she needed to sell it in a couple of years she’d actually have to pay to get someone to take over her payments.

What happens if Christine sells her home in a couple of years? Or if it’s value decreases? Most likely, nothing. The only time she would have a problem is if she wanted to sell the home and it’s value was less than the balance of her mortgage. And while that’s possible, it’s not too probable. Especially if her down payment was 10% or more.

But doesn’t she lose the advantage of prepaying if she sells? No. When she sells her home, she’ll have to pay off the mortgage. So any prepayments that reduce the balance of the mortgage will increase the size of the check she would get when she sells. So she wouldn’t lose anything.

A word of warning

One warning for Christine or anyone else making principal repayments. Make sure that any prepayment is applied to principal. Some lenders have a nasty tendency of applying extra money to your next month’s payment. And that will drastically reduce the effectiveness of any prepayment.

A final comment. The same process could be used if Christine had credit card debts. Barring really unusual circumstances, it’s always best to pay off the highest interest debt first.