The Money Pleasure Principle: Take the Pain Out of Saving Money 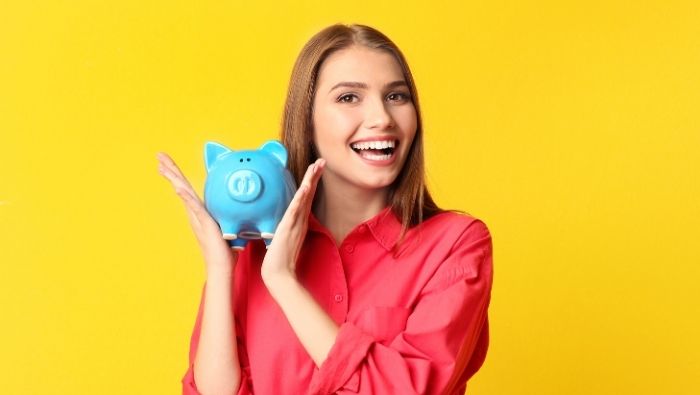 Do you find saving money painful? If you can’t seem to save, see how the money pleasure principle can take the pain out of saving for you.

When you get right down to it, our minds are built to seek pleasure and avoid pain. So where does saving money fit into that? It doesn’t. That’s why we’re not any good at it.

You can tell yourself that saving money is avoiding pain sometime in the future. But then again, you can buy these shoes or this big screen TV right now. In that contest, saving money for a rainy day or to build a balance in some account loses every time.

Psychologists have long understood that if something is perceived as pleasurable, someone is more likely to do it. You don’t need a degree in psychology to understand that though. Look around at the people who are in the best shape. They love to exercise; it gives them pleasure. Those that see it as a chore stop going to the gym pretty soon. The pleasure of sitting on the couch quickly overwhelms willpower. The quest for pleasure (or to avoid the pain of working out) outlasts willpower every time.

The empowering part of this is that we can change what we regard as pleasurable. Often, it only requires a deeper consideration of the activity. Those that love going to the gym probably don’t like sweating with strangers any more than you do. However, they perceive going to the gym as looking great, feeling confident, and staying healthy. When you consider that going to the gym is pleasurable, it becomes easy. The pleasure principle is at work.

If you consider saving money as a sacrifice that you should do anyway, eventually your willpower will cave to the enticements of Madison Avenue. However, there is another way to look at saving money. Saving and spending are really the same thing, just at different times. Saving is not a lamer alternative to spending. It is deferred spending.

Think about it this way. Saving is not about not spending. It is about saving for something. Let’s say you’re saving for a new car, college education, or a trip to Tuscany. Anything you save today is really for tomorrow’s spending. So the decision to forego that new sweater is not because you want to save money. Instead, it is because you want to spend it better, perhaps at a bistro in Florence. Saving is really smarter spending. We need to think about saving not as spending’s boring alter ego, but as it’s savvier, richer twin sibling.

How to Change the Mindset

The key is to realize that when you save today, it is for something that means more to you. To most of us, a higher number in a savings account just isn’t compelling enough. It needs to be something real. So the secret is to set a specific goal and dedicate resources towards it.

Once that trip to Tuscany has been established as a goal, it becomes much easier to dedicate money to it. “Hey, that new sweater I just passed on bought me a night in a pensione overlooking the Ponte Vecchio.” Our minds can get behind that choice.

Related: 9 Reasons You Can’t Save (and How to Overcome Them)

Perhaps the hardest audience for motivating savings is kids. They are constantly bombarded by a sophisticated advertising apparatus trying to increase their wants. Plus, they have very little understanding of long-term issues. They tend to want everything, and want it now. I have three great kids, and they are world-champion wanters, so I’ve seen this first hand. (See The Difference Between Wants and Needs.)

Years ago, I started an experiment to see if I could help them break out of this consumer trap and get on the path to wealth creation and smarter spending. In other words, wanting and then getting better stuff. I started with simple goal setting. I let my oldest boy select a mountain bike from a catalog, paste that picture up, and create a progress bar. Every time he dedicated money to that goal, the needle moved up. Part of his gifts and allowance went to that bike. When it came time for asking for stuff, we would still acquiesce some time, but he got to decide whether he wanted his tenth Hot Wheel car, or whether he wanted to move the needle $5 towards his mountain bike. Often times he said, “I’d rather put that money towards the bike. Let’s go move the thermometer up.”

In a few months, he got that bike. He now has goals for his education, sports equipment, and charitable contributions, and he has a considerable net worth for a young kid, just by making smarter choices. More importantly, he got a gift that will serve him throughout his life. He learned to change the perception about saving money from a sacrifice to more purposeful spending. Along the way, he’s gotten much more meaningful things. As a result, I think he’ll have a healthier, more conscious relationship with money, and ultimately a richer life.