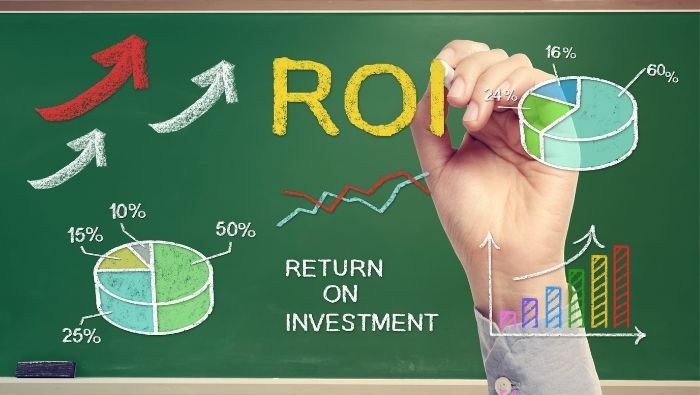 Is it possible to earn a consistent investment return? We explore why you likely won’t find consistent returns but you can safely invest your money.

Gary,
I read quite a few books on investments and they all usually talk about investment returns of 7%. Can you tell me where money can be invested to earn this percentage?

Before we explain how to do that, let’s take a moment to cover a few basics.

The two types of investments

There are really only two types of investments.

In one, you loan your money to someone else and they agree to pay it back with interest. Bank CDs, money funds, corporate and government bonds all fall into this category.

There are two basic risks when you loan your money out. First, you might not get the interest promised or your original money back if the borrower defaults. Second, you might get your money, but inflation could reduce what the money will buy.

The other main type of investment is when you own something. That something could be real estate, gold, collectibles or anything else that you think will be more valuable at some future date.

Cheryl could also own part or all of a business that she expects to make money. That could be her own business, common stocks or investing in a common stock mutual fund. She would hope that the underlying business was profitable. And, she’d either see some of the profits or the value of the company would go up.

A short history of returns

Ok, now back to Cheryl’s question. Can she earn a safe, consistent 7%? Probably not. To earn a consistent return, she’d have to loan her money out. According to CNN Money, since 1926 the total compound annual rate of return of long-term government bonds averaged 5.5%, which is less than Cheryl’s 7% goal.

Yes, some bonds will pay more than 5.5%. But they have a greater risk of losing her principal and interest.

There are also some periods when bonds pay more than the average. That’s usually because inflation is higher. That doesn’t help Cheryl since it means that the money she gets will buy less.

Cheryl chose to take an ownership position by investing in a common stock mutual fund. The average return is higher. The CNN Money reports that since 1926, the total compound annual rate of return of an index of all U.S. stocks (dividends included) averaged 10%.

Cheryl has had a wild ride. Should she get out? To answer that, let’s see what can be done to reduce the risk. As it turns out, Cheryl has already discovered part of the answer.

Because she didn’t dump the fund after it took the fall, she’s back in positive territory. Over the ten years, she’s earned about 5% compounded. Not the 7% that she hoped for, but not a loss either.

What we learn is that time takes much of the risk out of stocks. John Bogle, often called the father of the mutual fund, cites statistics that show that a plus/minus one standard deviation over a 10-year period would result in a low return of 2.4% and a high of 11.3%. If that’s lengthened to 25 years, the spread narrows to between 4.7% and 8.7%.

To put that into English, it means that if she owned a fund that did no better or worse than the stock market and held it for 10 years, she’d be pretty certain to get a return between 2.4 and 11.3%.

So time is Cheryl’s friend. She’s also working with another ally, namely diversification. Owning one business or stock can be dangerous. The company could lose money or even go out of business.

So how can the typical small investor get diversification? One way is to pick between 10 and 20 stocks and divide your money among them. Another way is to do what Cheryl did and pick one or two mutual funds and let them make the stock selections.

Related: How to Minimize 4 Risks to Your Retirement Savings

One warning about mutual funds

Their costs can seriously cut your returns. Many have expenses of over 1%. That’s why Bogle and other experts suggest that investors use “index” funds. These funds are largely unmanaged, so their expenses are low. And, they outperform the majority of the managed funds.

What’s the bottom line? As long as Cheryl can invest her money for ten years or more, she should be able to meet her goal of a 7% return. She’s already got time and diversification working for her. The only thing left is to check and make sure that the fund she’s selected is exceeding the market averages after expenses are deducted.