3 Reasons Budgets Fail and the Key to Budgeting Success 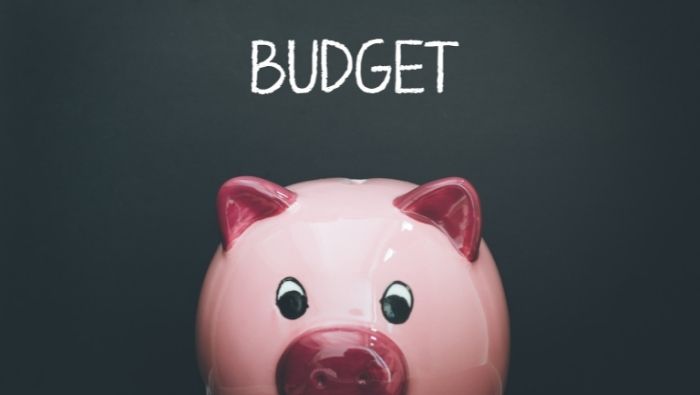 Are you tired of failing when it comes to your finances? Here’s a look at why you may be failing at budgeting and what you can do to be successful.

Failure. Don’t you just hate to fail? Especially when you’ve invested time and effort into a project.

But it happens all the time. Especially for people who are starting to take control of their finances.

So we thought we’d take a look at why budgets fail.

When you analyze it, there are really three reasons why people are unsuccessful in budgeting.

The most common causes of failure are unrealistic goals, quitting too soon and misunderstanding what a budget really is.

Let’s take a look at each one of these reasons separately. Then we’ll show you how the same solution can overcome all three problems.

It’s easy to fall into our first failure trap. In fact, in some ways it’s hard to avoid it. That’s because it’s built right into the process.

Our first step in starting a budget is to add up all our income and also all our expenses. Then we try to juggle the two until we get the income equal to the expenses. It’s a game of getting the math to work out.

What’s wrong with that?

Well, quite often, we take the list of expenses and pick a number that just seems right. For instance, we might decide that we can live on a grocery budget of $200 per month. But, if that target is just a guess, it’s probably the wrong number. And, if we reduced it to get the expenses below our income, it’s probably too low.

So now we put the budget into practice. Then we get near the end of the first month. There’s a week left to go and we’ve already spend our budgeted $200. Out comes the credit card and we begin to curse our budget.

But, what’s really happened here? We set up a target that’s unrealistic and missed it. So what. That doesn’t mean that our budget won’t work. It just means that we need to set a more realistic target.

In fact, we’re in a better position now to accomplish that because we have a better idea of what we actually do spend on groceries. No more guesses. This is no time to quit. Rather it’s an opportunity to make adjustments and keep moving towards our goal of having control of our finances.

The second common cause of failure is similar. That’s quitting too soon.

Say you’ve been trying to use a budget for a couple of months. You’ve done all the math and kept track of both the money coming into your home and where you spend it. You’ve worked hard on this. Yet you always seem to get to the end of your money before the month is over. Frustration sets in. The temptation is to throw in the towel and give up. A perfectly understandable response.

But it’s the wrong answer.

Look at it this way. Suppose you were driving to Disney World and about half way there you realized that you had made a wrong turn and had driven 50 miles off your planned route. Would you quit and go home? Of course not! So why should we give up on a budget just because everything doesn’t work perfectly the first few months?

Do the same thing that you’d do on your vacation. Look at your map and adjust your route to find the best way to reach your destination. Make the adjustment and move forward.

A misunderstanding of what a budget actually is

Our final cause for budget failure is not understanding what a budget really is.

Too many people think that a budget is something to keep them from spending money. And that’s wrong. It’s not a straightjacket.

A budget is a tool to provide you with information to manage your finances. The knowledge you gain by tracking income and expenses will help you get the most for your money. In fact, a budget can help find money that you can spend where it will give you the most enjoyment.

Expert Interview: Why You Need a Spending Plan Instead of a Budget

The key to budgeting success

Fortunately, all three problems can be corrected with the same answer. And that’s to use the budget as a management tool. Each month your budget will show what you planned and actually earned and spent.

That’s valuable information. The trick is to see where the actual number was way off the expected number.

Once you’ve found a big difference, you can begin to analyze why it happened. Was there a big one time expense this month? Maybe you committed our first mistake and just guessed at what you’d spend. But it could be that you’ve been spending carelessly on groceries. If that’s the case, you’ll look to find some savings this month.

Each month, work on the biggest differences until the whole process runs smoothly. Just take on one or two at a time. Each month you should get closer to actually having control over your finances. After awhile it’s just a matter of checking to make sure that everything is roughly on target and making minor mid-course corrections.

Now that’s not to say that it’s easy to resolve those differences. Sometimes it’s not. But it’s always easier to work when you have some clues to help point you in the right direction. With the information that your budget provides, you know where to look for possible savings. And often that’s the difference between frustration and success.

Not sure where to start with making a budget?

It’s always a shame when you work hard and don’t get any benefit from your work.

Don’t let that happen to your budget. Because it takes much less effort to fix a budget than to start one.

You’ve already put in the hardest work. Take the time to get the benefit. You deserve it.