How Anyone Can Win the Lottery 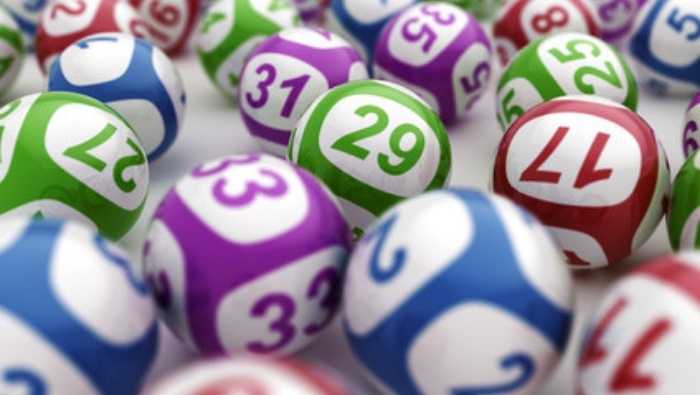 Most of us play the lottery occasionally, and some play regularly. But how many actually win anything? Here’s the secret to how anyone can win the lottery. Yes, even you!

How anyone can win the lottery? This title might make you think that this is an article about getting rich quickly, but it would be much better to say that this article is not about getting poor.

The lottery is a dream we all have. At some point in time, each one of us has asked ourselves what it would be like to win one million, ten million, or even more money. The higher the jackpots, the longer the lines grow in front of the lottery booths.

With the kind of money involved in a lottery jackpot, it’s easy to imagine how a single winning ticket could solve all of our financial woes. However, you don’t actually need to win in order to achieve these goals. Let me illustrate what I’m talking about with an imaginary person named Jack.

If you normally buy $10 in lottery tickets per week…

Much like any of us, Jack is a dreamer. He buys several lottery tickets per week, hoping he’ll strike it rich and be able to quit his job. On weeks that have a larger jackpot, he’ll buy quite a few tickets. Jack’s expenditures on lottery tickets average $10 per week.

At that rate, he spends $520 per year solely on lottery tickets. That amount alone is the equivalent of a significant payment on a loan or a credit card for most people, and could certainly make the Christmas shopping season much easier. However, in this case, let’s assume that Jack decides to invest the money. Jack has just turned 35 years of age, and hopes to retire at age 65 if possible.

In order to simplify this explanation, we’re going to disregard inflation. If Jack takes the $520 per year that he saves from not buying lottery tickets and invests it, let’s assume that he can earn an average annual return of 7% until his retirement. Given that we’re looking at a 30-year timeframe, this expectation isn’t unreasonable, especially since the interest is compounded annually as opposed to monthly or more frequently. Based on these figures, Jack will have accumulated $49,119.61 at the end of the 30-year period.

While this isn’t as fantastic as a $10 million dollar lottery jackpot, it would be considered a significant win by any means. Who wouldn’t consider themselves lucky to win nearly $50,000 in a lottery? The odds of such a win depend on the specific lottery, but would be slim in any situation. The odds of this investment strategy working out for Jack are much higher.

Even if Jack’s overall rate of return were to drop to 4% from his first day of investing, he would still have saved $29,164.17 by the end of his 30-year period. A 4% rate of return is a reasonable one for long-term bonds, and still would produce an amount equal to a significant lottery win, or a large portion of an individual’s yearly salary.

If you still want to play the lottery

Now, the key to the lottery is the dream of it. It doesn’t so much matter whether you win or lose (though winning is always preferable). The possibility of winning is worth the cost.

If Jack enjoys the thrill of the lottery experience and still wants to have it, then he should cut his lottery expenditures down to $2 per week, or even $2 per month. This still gives Jack a large amount of money with which he can make his investments. The odds of winning the top prize in any lottery run about 1 in 10,000,000 (ten million). This means that the odds you have of winning with a single ticket aren’t really significantly higher than your odds of winning with five tickets. Five tickets with each having a one in ten million chance of winning are still pretty poor odds.

Get the interest you deserve. Compare CD rates with this anonymous tool from a Dollar Stretcher trusted partner.

The power of budgeting

The power of budgeting is that a small change can produce a big result as long as you are willing to give it enough time. Budgeting isn’t glamorous or quick, but it is a reasonably certain system.

The lottery has the power to completely change the lives of a very small number of people, but budgeting can change the lives of everyone. If you want to motivate yourself for a savings plan such as this, pick a goal to work towards with your savings. Goals help you stay on track by providing a target to aim for at the end of the plan.

How about a trip around the world upon retirement? Or spending winters in Florida for several years?

Anything is possible if you take control of how you spend your money with the power of budgeting.