Out of Work? Volunteer! 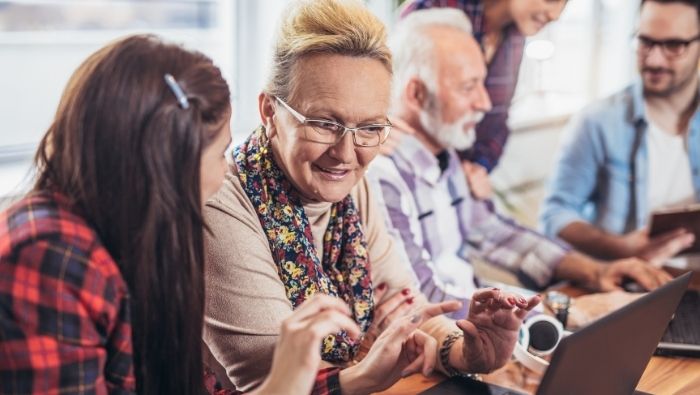 Are you out of work? Why not help others while helping yourself? Volunteering could be the best way to find a new job.

If you’re out of work, volunteering can help.

Career counselors might not tell you this. They’ll say that you should be spending full seven-hour days job hunting.

I’ve looked for jobs many times and my observation is this: no one spends full workdays pounding the pavement. Sure, you send out resumes, network, and go on interviews, but in between there are days when there just is not much you can do in the way of job searching.

So what do you do in the meantime?

I say volunteer. There are plenty of benefits. Some will actually help your economic situation.

Some charities will pay your transportation costs. Many will offer refreshments and even a lunch or dinner to their volunteers. If you work on planning a gala event, you may get to attend a fundraiser that would ordinarily be way too expensive for you, for free!

But there are other, hidden benefits as well.

Related: The Emotional Benefits of Volunteering When You’re Unemployed

There are books on the market that emphasize the importance of giving as a networker and a businessperson. One such book, The Go-Giver: A Little Story About a Powerful Business Idea

, by Bob Burg and John David Mann, tells us that we should approach networking and business with the attitude of “How can I help you?” rather than “What’s in this for me?”

By offering help to others, you increase their willingness to help the people they encounter. And one of those people just might be you!

Similarly, when you volunteer, the charities you work for get to know you and your skills. They may give you the chance to build new skills in a non-threatening situation, where your job isn’t on the line if you don’t learn fast enough. Volunteer work can expand and improve your resume.

Volunteering can help you network

At the same time, you’re building up your network without really noticing it. There isn’t that awkwardness you sense at networking events, where people often flit from one “power conversation” to another, waving business cards in each other’s faces.

On a volunteer assignment, you get to know the staff and they get to know you, painlessly. In fact, they’re grateful for your presence and don’t hesitate to thank you at every turn.

Just like you do with your business colleagues, exchange business cards and follow through after you leave a volunteer assignment. Send holiday and birthday cards, and call them once in a while to let them know what is new with you.

Related: 3 Financial Strategies for the Unemployed

Let them know you’re out of work

There’s no need to keep it a secret that you are looking for a paid job. If there isn’t one in the organization where you volunteer, they may have connections. And, an opening may come up. Guess who they will look to first? You guessed it, their skilled and loyal volunteers.

It’s worked for me. At the Brooklyn Society for Ethical Culture, I volunteered in the office when my son was in kindergarten, first, and second grade. I chaired the membership committee and assisted the Pledge Secretary. Together we raised pledges up to an unprecedented level. So when there was an opening in the office, I was offered the job.

A few years later, because my fundraising skills were already familiar to the organization, I was offered the chance to write a grant proposal. I pitched a new job description to the Board and created their first Development Officer position, which I filled for the next year and a half.

None of this would have been possible if I’d been an outsider, but because I was a member and a valued volunteer, I was on their radar. This can work for you too, but be aware that it isn’t going to happen overnight.

So keep on pounding the pavement and sending out your resumes, but do some volunteering too. It builds your skills and gives you emotional satisfaction and a sense of usefulness at a time when people tend to feel sidelined and devalued.

Last but not least, it enables you to forge the kind of connections that could very well lead to your next job.

Where can you find volunteer opportunities?

Chances are that you already know of some charities in your hometown. But which ones would be right for you?

You can find out on two websites: VolunteerMatch.org and Idealist.org. Use their search engines to find volunteer positions that fit your interests and require the skills you want to sharpen up. You can search for type of organization (animal welfare, youth, civil rights, etc.), geographic area, skills needed, and languages required.

Then contact the organizations. You’ll probably go in for an interview. This gives you a non-threatening chance to practice your interview skills. The volunteer coordinator will assess your abilities and interests and assign you to the job that’s right for you and for the organization you serve.

So when you’ve got a lull in your busy job-hunting schedule, don’t sit home worrying. Get out and volunteer. You’ll be doing your part to build a better world and helping yourself as well.