How Families Can Overcome Bankruptcy 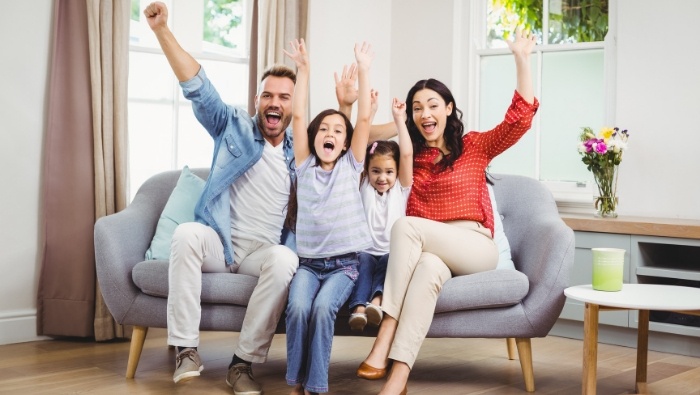 It might feel hopeless, but your family can overcome bankruptcy. Find out how to survive a challenging financial crisis if your family is facing bankruptcy.

At the core of our bankruptcy laws is the idea that bankruptcy offers debtors an efficient way to improve their financial prospects. Bankruptcy allows debtors to eliminate all or most of their debt. Thus, newly healed from their financial crises, bankruptcy discharge can steer families toward economic success.

In my experience of providing bankruptcy legal counseling, I have seen quite a few families filing for bankruptcy and trying to deal with the situation, each family in its own way. Most of the time, when people contact me, they are so deep in financial problems, that the only thing to do is to file for bankruptcy. It is a difficult, challenging period. However, with the right attitude and professional guidance, even this apparently dramatic situation can be resolved.

One family’s path to bankruptcy

Jim Grone is a 42-year-old account manager from San Diego, and his wife Emma is a teacher in an elementary school. Both of them had individual debt before they got married, albeit reasonable debts, car payments and student loans, and some credit card debt. As they became a family, that sum got bigger. Still, they could afford to live in a three-bedroom house, owning two cars, when a dramatic shift in their lives occurred.

In 2011, Jim lost his job, and in 2012 he had a heart attack that led to him being hospitalized for quite a long time. The family was facing difficult times with Emma being the only working person and having to deal with all the medical bills, the mortgage for the house, credit for the cars, and the student loans.

The Groanes contacted me, and I advised them to file for Chapter 13 bankruptcy. The most important thing for them was that by filing for Chapter 13 they could keep their home.

Jim and his wife decided that it was time to make a plan for the next few years. “We did not want to take this situation as a tragedy,” Emma said. “We always wanted to offer a happy childhood to our daughters, did not want this period to be remembered as a sad and stressful time. So we took this situation as a challenging game, coming up with inventive and creative ideas to save and earn money to pay our debts”.

Create a budget and analyze your plan payments

Jim created a simple Excel spreadsheet with categories for every income and every expense and used this tool to make an easier analysis of their monthly budget. On my suggestion, the Grones tracked their daily spending and used any extra money to pay off their debt. It was a challenging period for the family, living on a tight budget, but they took it as a game which wasn’t meant to last forever anyway.

Not sure where to start with making a budget?

This family turned the whole situation into a money-saving game. Three weeks after they filed for Chapter 13 bankruptcy, Emma and the two daughters organized a garage sale. They made an inventory first and collected quite a significant amount of clothing, old books, toys, kitchen appliances and some other electronics.

The family decided to “clean the house” from all unnecessary things and keep only what’s really needed. The garage sale was organized on a Friday and was a big success. They used the money to pay some of their smaller debts, and in the next period, they organized garage sales once a month. The eldest daughter started tutoring one of her classmates, and the youngest one started pet sitting and also babysitting on weekends.

Jim was looking for job and business opportunities, but as his health condition did not allow him to accept difficult or stressful jobs, he started teaching an online accounting course. This job allowed him to work from home and have a more flexible and stress-free schedule.

Part of the family’s extreme savings plan involved radical cost-cutting at every corner possible. Every time they could have spent money on something, they researched if there were any free alternatives for that and almost always came up with a proper solution. Within five years of starting their financial adventure, the Grones successfully completed Chapter 13 bankruptcy.
Related:

Kevin S. Neiman is a bankruptcy attorney, founder, and president of the Colorado, Denver-based Law Offices of Kevin S. Neiman, PC. Kevin is a lawyer with over 20 years of experience in fighting to free each client from their financial struggles.