What’s That Little Switch On My Ceiling Fan? And How Can It Save Me Money? 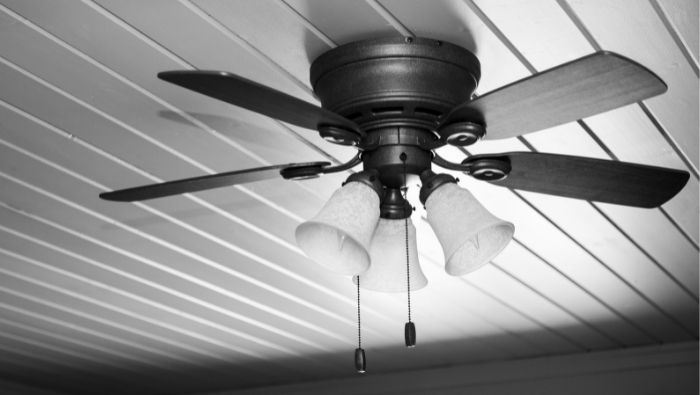 If you don’t know what that little switch is on your ceiling fan and you don’t use your ceiling fan during the cold months, then read on. It could help keep your home temperatures more comfortable year round while saving you a little bit of money.

In my opinion, ceiling fans originally came into the American market as a decorator fad. People saw them in the movies, and although at that time they were very expensive, some just had to have them.

When the big box marketers came into being, ceiling fans became considerably more affordable. More people started to buy them and it didn’t take long to realize that not only were they prettier, they were also much quieter and not as obtrusive as the box and oscillating fans we were used to. Now, it’s difficult to go into a home or business than doesn’t have at least one if not several installed throughout the premises.

Sadly though, statistics and my own experience say that most people don’t know how to use them properly.

For almost four years, I conducted a call-in radio show titled Ask The Handyman. The single most asked question in the whole course of that show was about the little black switch on the side of a ceiling fan.

The simple answer is that it is to reverse the direction of the fan motor. I quickly concluded from their questions, comments, and a little research that most people use them in the summer and then leave them off all winter. I soon felt an obligation in my show to explain how to use them properly to get the full benefit of them.

Let’s see if I can do that simply in this article.

The true purpose of a ceiling fan

Ceiling fans are named that because they are mounted at or near the ceiling.

It’s a well-known fact that warm air rises. So, the warmest area in any room or space will be at the ceiling. The true purpose of a ceiling fan is to circulate that air so the entire room or space remains at a more stable temperature.

What is the Evaporative Cooling Effect?

Another well-known fact is that if you blow air onto a body that has moisture in it (i.e. a human body), it will feel cooler.

In the fan industry, this is referred to as the “Evaporative Cooling Effect.” The same concept is used in weather forecasting only there it is called “Wind Chill.” The exact amount of cooling effect gets rather complicated as it involves temperature, humidity, wind speed, and a few other things that take it way beyond the intended simplicity of this article.

How to properly use a ceiling fan

To use one properly, flip that little switch in the winter. That will cause it to draw cooler air from the bottom, forcing the warm air to flow out across the ceiling and down the walls. This gives you a more stable temperature throughout the room or area without the cooling effect.

It’s easy to remember when to flip the little switch. When it’s warm enough to run your A/C, you should have the fan blowing downward. When it’s time to turn the furnace on, flip the switch, so the fan is blowing upward.

Most fans have multiple speeds. I like to use the high or medium speed in the summer and then the medium or low in the winter. Since ceiling fans consume very little electricity, I just leave mine run all the time. That way, my rooms remain at a fairly stable temperature.

Give this method a try and see if you don’t have a more comfortable home and maybe save a few bucks on heating rather than let all that heat waste away at the ceiling.