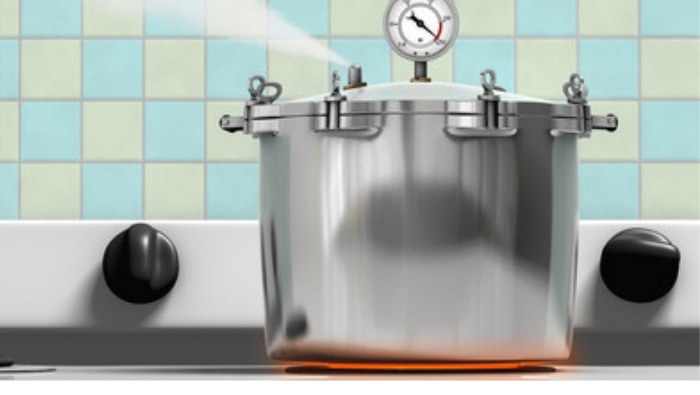 Preparing healthy, affordable meals in minimal time is simple if you have the right tools. See if you could benefit from adding a pressure cooker, rice cooker or slow cooker to your kitchen.

Creating interesting, healthy, affordable meals daily is a challenge, especially for working adults. However, there are a variety of small kitchen appliances for under $100 that can make the task of feeding the family a bit less stressful and time consuming.

Welcome to the world of slow cookers, rice cookers and pressure cookers. What is the difference between these appliances? How do you decide which to purchase?

How do you use a slow cooker?

Slow cookers gained popularity in the 1970s. They use moist heat from the bottom to slowly cook food over time in about two to ten hours. Slow cookers are great for cooking and braising (stew slowly in a closed container) roasts, stews, some appetizers, soups, stock, and generally easy dinners that you can cook all day.

Slow cookers typically have several temperatures: low is less than 200 degrees and high is over 300 degrees. According to TheSpruce.com, there are basically two models, which are the standard model and those that you might transport to a potluck dinner, for example. The transport models cost only a few dollars more.

They basically have only three parts, which are the pot, a glass lid, and a heating element below. According to TheKitchn.com, be sure to use plastic utensils when serving from a slow cooker to avoid scratching the inside of the pot. You probably want a slow cooker with a built-in timer.

Like most appliances that you buy, more features or greater size costs more dollars. You should expect to pay as little as $10 or up to about $70 for a slow cooker. If you have several different uses for one or want to cook a few different dinner courses at once, it may be cost effective to purchase a couple different sizes or shapes of slow cookers.

Rice cookers are a bit different from slow cookers.

Rice cookers bring foods to a boil quickly. Just set the timer and walk away!

Rice cookers, like slow cookers, can be purchased at just about any big box or discount store or online. They run in price from as little as about $15 to $100 or more, depending on size and other features.

Unlike slow cookers and rice cookers, pressure cookers cook foods very quickly and have been around for many years. In the late 1600s, according to Wikipedia, people were using the concept of pressurized heat to prepare food.

Some are specialized pots with tight fitting lids that you use on your stove top and sell for about $30. It is likely that your mom and grandma had one of these. The free-standing electric pressure cookers that evolved in the 1990s have more features, including their own heating elements and electric power source. These can cost as much as $120. Pressure cookers can prepare many of the same foods as slow cookers and rice cookers.

How do you know which of these small cooking appliances to buy?

Your first decision is to determine whether your preference is fast or slow cooking. Possibly you’re uncomfortable leaving an appliance on while you are away from your home, which might make fast cooking using a pressure cooker a better choice than slow cooking. If portability is what you need, then select a slow cooker. Finally, determine what specific foods you will be preparing and how many people you will be feeding to choose the appropriate size.

As with other purchases, you should always read consumer ratings online to see what others have to say about the appliance that you are considering.

Debra is an occupational therapist, accountant, teacher and freelance writer. She is a writer for Advance for Occupational Therapy Practitioners. She also writes for Grand Magazine, has some items (fiction and non fiction) selling on Amazon.com (Kindle)