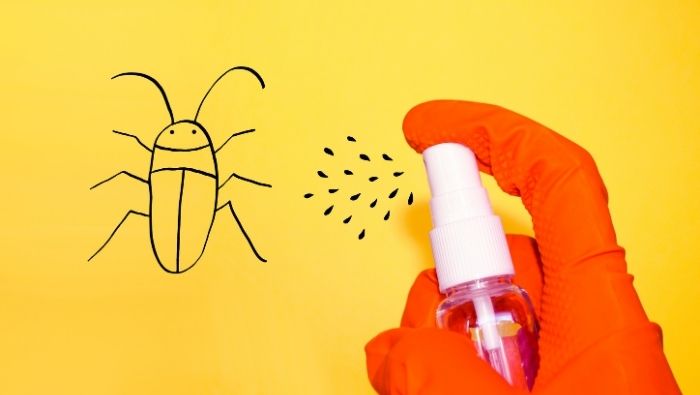 Are you desperate to get rid of roaches? Without using a lot of chemicals or cash? Try these natural roach remedies that have worked for our frugal readers.

Dear Dollar Stretcher,
Help! I’m desperate. I need an effective natural roach remedy. I’m being bombarded and have tried having the house sprayed several times, which has been costly to say the least. But the critters will not leave. I’ve also tried spraying it myself.

I need advice from your readers on a natural roach remedy that won’t cost a fortune and will actually get rid of roaches. Thanks.
Claire

We asked our frugal readers for their most effective natural roach control remedies. Read on for our favorites. One of these is sure to help you solve your roach problem without using a lot of chemicals or spending a lot of money.

This is the cheapest, simplest, least toxic and most effective roach treatment ever, and it has worked for over a year now in my house.

Stir together equal parts of sugar and baking soda. Roaches gobble up the sugar, and the baking soda gives them gas, messes up their stomachs and ultimately kills them. It only takes a cup or so of the mixture to treat a house, placing dabs in strategic spots like behind or beneath appliances, in closets or near wastebaskets.

If you have pets, limit the mixture to places or containers your pets can’t get into because it might make them sick if they eat it. I found that empty pill bottles wedged horizontally into tight spots and plates underneath furniture work well to keep things tidy.
L

. It is odorless and nontoxic.

DE is composed of finely milled fossilized shells of minuscule organisms called diatoms. The microscopically fine, sharp edges desiccate the insects’ exoskeleton upon contact and the pests dehydrate and die within hours. The insects also die when they eat the dust. It will not, however, harm you, dogs, cats, babies, etc. I have found it for around $2 to $3 per pound and it is well worth it. I highly recommend it to all my friends.
MA

Go to the garden section in Walmart, Home Depot, or Lowe’s and look for Cedarcide granules. I live in Seguin, Texas and you can get a very large bag of the granules for under $10 and sprinkle it around the perimeter of the house. This is a natural product and can be used for other pests as well and you can use it on your animals as well to repel fleas.

Once in a great while, I will have one or two of the large cockroaches come in, but it’s usually with a weather change. I usually purchase two bags of it and I do my whole yard for under $20. You can’t beat that price for pest control!
Kay

Boric acid is a 100% effective method since the acid eats the body of the insect, and they can never become immune to that! It isn’t instant but it does eventually kill them. You just need to put the powder where they walk. Treat under cabinets, behind and under appliances, etc.

Boric acid becomes ineffective over time, so it needs to be re-applied periodically, and water makes it lose potency, so using it outdoors isn’t as effective. It used to be sold under the brand name “Roach Pruf” but I don’t know if it still is. I used to live in an area where roaches were a given in every home, and this was the only sure way of getting rid of them for good. It is also non-toxic, although you don’t want kids and pets getting into it.
Carol

Boric Acid Kicked Up a Notch

Get several old plastic lids (or even just cut squares of aluminum foil) and place a cracker on each. Pour enough water on it to make it soggy. Then sprinkle boric acid on the cracker. Place these crackers inside cabinets, in corners, and anyplace that you have seen roaches. The roaches will come and eat the cracker, ingesting the boric acid, but they will also get it on their feet and feelers. They will then carry it back to the nest where it will kill those roaches too.

No smell, no mess, no costly fees, and no roaches!
Babette in Colorado

This worked for me when we lived in an older apartment complex that had been infested for years.

Make a paste of the ingredients and roll the paste into little balls. Place two or three balls into a sandwich-size plastic bag and leave the top open. Place the bag anywhere you have a roach problem. The roaches will eat the balls and carry them away. The bugs die at home, out of sight, and other roaches eat those carcasses and so on. The onion scent draws them in. This recipe makes about 50 balls for about 10 applications. There is one caution. Hide these bags carefully so that children and pets can’t get at them.
KT

Years ago, we lived in Florida and the house we were renting had roaches. My husband went to a do-it-yourself exterminator store there and bought a product called “Demon.” He was told it was made from some plant and was harmless to children and pets. It was a powder that we mixed with water and sprayed all over the house. We allowed it to dry and didn’t even wipe it off the walls. There was no smell to it, but when it dried, you could see a bit of powder on the walls. I didn’t care; it was preferable to roaches!

We never saw a live roach after that, and we lived there three years. We had tried other things, but nothing worked at all like that.
Mrs. D.

Two Ways to Get Rid of Roaches

I know of two ways to get rid of roaches and both work!

First, mix Plaster of Paris and corn starch and put on small lids in corners.

Second, the easiest way it to put peppermint Lifesavers in every nook and cranny. Those critters will be gone!
Jacque Z. in Iowa

Get Them to Move Out!

I have had the dubious pleasure of moving into roach-infested apartments in New York City twice!

The first time, I bought a $20 electronic pest control device that plugs into the wall. The manufacturers claimed that it sends out a high-frequency sound wave through the electric wires in the walls that roaches can’t stand, so they move out! Yes, I thought there wasn’t much hope of it working too, but I was at my wit’s end. Well, it worked!

The downside was that all the “hidden” roaches that you don’t normally see came out into the open for the first four or five days. I found them dead and dying all over the place each morning. It was horrible! But then, suddenly, they were gone and I never saw a roach again for the next 10 years, until I moved to a condo.

I took the same device with me and had the same experience all over again. Seven years later, I’m still in that condo with the same electronic thing still plugged into my wall and I have never seen a sign of a roach, apart from the first few days of seeing way too many of them. I think it’s the best $20 I ever spent. They can be purchased at hardware stores and discount stores, and it’s a far healthier alternative than spraying with toxic chemicals.

The only downside is seeing so many roaches those first few days, so if it’s possible to stay with friends or family during that time, that would be ideal.
Ann in NYC

You can use them whole and place them in cabinets or other hiding spots. You can steep them in hot water and make a tea to use in a sprayer bottle, too.
DBS

Grandmother and Mother Swear By This

My grandmother, mother, and now I absolutely swear by Dial

® bar soap. Put out the soap in inconspicuous places like under the sink, in the utensil drawer, under the fridge, in a corner on the counter, under the bathroom sink, etc.

The soap has to be the old-fashioned gold bar Dial® soap, which is the cheapest of the Dial® soap family. Other soaps don’t work. I buy it in packages of 8 or 12. It’s cheap. You need to keep pets and kids from eating the soap, but otherwise, it’s not toxic. You can keep the bars from view so they’re not ugly. The bars of soap have to be changed every 8-12 months, but the expired soap can still be used for regular hand washing and the like.

You might try it. It’s cheap, so if it doesn’t work for you, you’re not out much.
Linda from IA

Try Neem Oil to Get Rid of Roaches

An easy way to get rid of roaches is to clean up the house first and get rid of food scraps. Plug all major holes in walls between bricks by mixing steel wool with some cement. Cover all sink holes with sink hole plates. Next purchase Neem Oil

. Use about 5 milliliters to make up 1 liter with water and spray initially every week around the house to prevent roaches and other insects entering the home. This will reduce the number and it will also kill juveniles.

Neem oil is not poisonous, so there is no harm in using it. However, take precaution not to ingest it and wash hands after use. Neem oil can also be used on plants in the garden either during early mornings or evenings, and it can be used to kill many types of insects. Use it once in a week, and you will minimize insect damage to plants. I have been using this for over 20 years, and it is very effective.
SV

Take a glass jar and put some peanut butter in the bottom of the jar. Put vegetable oil around the inside lip of the jar. Use a good smear to make it nice and slippery. The roaches smell the peanut butter, go in after it and can’t get out. They slip and fall back in the jar again. When the jar has a few in it, cap it off with the lid and put it in the sun to kill them. Then throw the whole lot in the garbage.

This will effectively reduce the population in a short time as even if they lay egg cases while they are dying as they do with traps, etc., it is all contained in the jar.
Kath

I just heard this on the radio. Mix two tablespoons of Tabasco with a quart of water and spray to get rid of roaches!
Margaret