From Curb to Cash: Making Money from Others’ Discards 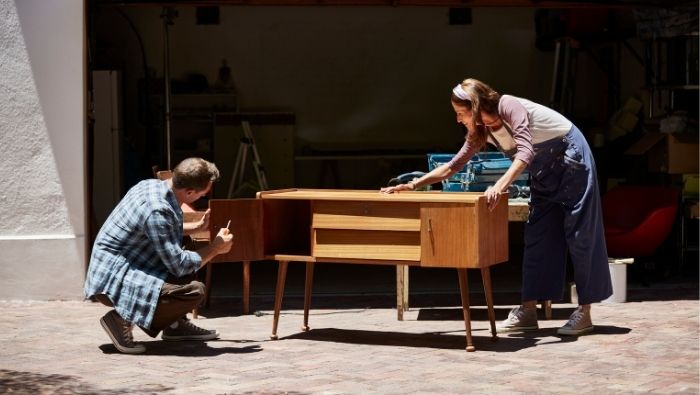 Making money from other people’s discards can be a profitable hobby. Just follow three easy steps: find it, fix it up and sell it.

A light bulb went off in my head the other day when my husband turned to me and said, “You make more money selling junk than you do in stocks.”

I had to chuckle when he said that, but in reality, there is a lot of truth to his comment. Last week, I lost $160 in stocks, but I made over $400 in one month selling junk that I found in people’s trash. When I say junk, I don’t mean discarded items of little or no value. I am talking about useful items that people throw away.

Digging through people’s curbside trash is one of the more extreme ways to be resourceful and can be a rewarding place to look for all kinds of free stuff to keep or sell. What got me hooked was the irresistible allure of curbside goodies in my neighbor’s trash. I spend hours each week hunting for buried treasures amongst heaps of trash piles.

Most people turn their noses up at curbside recycling, but for others, garbage piles are sources of priceless treasures. Over the years, I have developed a keen eye for things others think is just old junk. At first, digging through trash was a hobby and then as time went on, it became an addiction. I literally became addicted to junk.

In 2015, when Houstonian residents suffered a major flood that damaged thousands of homes, I was able to was furnish my home with some of the unspoiled hidden goodies among the piles of flood damaged debris, which included three restorable wooden end tables, pictures, two perfectly good brass lamps, a silhouette wooden Nativity set worth over $100, and boxes of discarded clothing.

As time went on, I accumulated more and more stuff to the point that I didn’t have any more room for anything else, so I had to do something about it. This is when I decided to start selling the stuff that was no longer wanted. I clean or refurbish my finds and then sell the items online or locally.

How to earn a good profit selling used stuff

The saying “a penny saved is a penny earned” is true. Every penny counts when it comes to saving these days. Selling your unwanted items online can be an awesome way to generate extra income. Over the years, I made a ton of money off of other people’s garbage. I was able to earn enough cash to buy a few nice things without breaking the bank.

In order to be successful in selling items, you will need to find out how much they go for online. First, you have to look up the item’s retail value when brand new and then look up the item’s sale value when used. You can compare prices of items on Amazon, Craigslist, and eBay. (See How to Price Used Items for Resale.)

After you get a good idea of how much your items are worth, you can then determine your selling price. Then you will have to figure out where to sell your items. The three aforementioned sites are probably the most widely used, but now there are more sites than ever that help you sell your stuff. A quick online search will provide you with more than enough places to sell your refurbished goods.

Related: Alternatives to Selling Your Stuff On eBay

If you don’t want the hassles of selling your stuff online, then you can sell your stuff at a community sale, yard/garage sale, or local market. Once you have picked the appropriate marketplace to list your finds, all you have to do is sit back and watch the cash start flowing in.