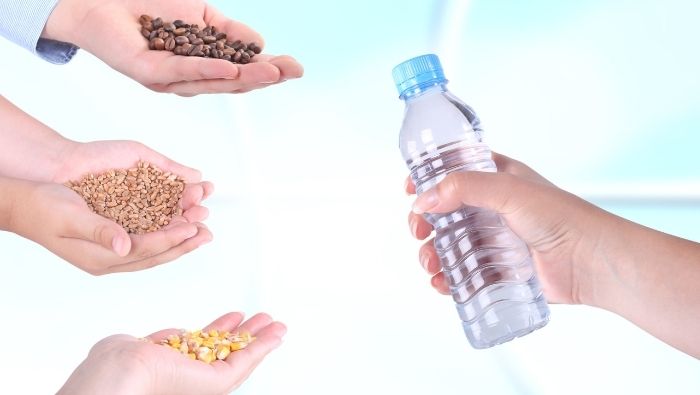 There is a right way to barter. Using these guidelines can help you barter successfully to get what you need without spending your hard-earned money.

Bartering is a great way for consumers and businesses to lower expenses. It certainly isn’t something new; bartering has been around for a very long time.

We’ve been bartering ever since we were children and may not even realize it. Remember trading lunches as a child? We didn’t really have a choice but to barter when we were children, as we didn’t have the money to buy new things all the time.

By educating ourselves on the right way to barter, we open ourselves up to many resources and possibilities. It’s a way of taking care of our needs without spending money. This is done simply by offering our professional services or items we no longer need in return for what we do need.

Everyone has a unique style and personality, so as you continue to explore the world of bartering, you will find the right way of doing it for yourself. While there are no strict rules, there are certain guidelines you should follow to get you on your way to some successful trades.

Posting Your Item for Trade

If you’ve been to a professional jeweler’s lately, then I’m sure you’ve noticed how everything seems to sparkle as soon as you enter the store.

If you’re sending a photo of an item or if you’re posting one in a barter club for people to view, then you need to take the time to make your items look pleasing to the eye.

Always introduce yourself professionally and in a courteous manner. That’s true whether you’re using email, text, Facebook or any other method to communicate. Never end your message with “Either way, thanks for your time.” These methods aren’t one hundred percent reliable and that person may not have received your message. End your proposal with a question that requires a yes or no response. That way you’ll have an idea whether your message was received.

It’s fine to send a follow up message but no more than two should be sent until you receive a response. Unless they have specified to be contacted by phone, the initial contact should always be made using electronic media. You could then ask for a convenient time to call.

A personal or business proposal may not be of interest to you but you should always try to respond politely. Something along the line of “Thank you for taking the time to write to me and I will keep you in mind for the future. Best Regards.”

It’s the key to bartering successfully, and in most cases, it’s a verbal or written agreement between two parties. It involves communication such as e-mailing, speaking on the phone, or sending pictures to each other, and it certainly doesn’t hurt to ask for references. Remember that they have the same concerns you do.

If you’re suspicious or doubtful, then it’s most likely for a good reason. This is the time when you listen to that little voice inside of your head and cancel the deal politely. It is acceptable to change your mind if you don’t feel comfortable with a certain situation or if you feel that the other party is doing something illegitimately.

I would suggest, however, that you tell the person that you’ve been negotiating with that you’re no longer interested. This saves them from waiting around for your response. If you’ve already made an agreement with someone, it is not okay to change your mind just because someone else has offered you something better. A deal is a deal and you should honor it. Consider it an electronic handshake.

If someone has already followed up with his or her end of the bargain, then you should return your offer in a timely manner. Procrastinating will only leave the other party with doubt. If something urgent has come up and you can’t honor your end of the deal right away, then you should inform them that you’ve been busy and that you have not forgotten them.

Related: 5 Tips to Negotiate a Better Deal On Anything

If you’re business bartering, all trades are treated as cash transactions. Therefore, it’s up to you to claim any trades on your taxes according to your government’s laws.

The only thing that is not legal is failing to claim bartering on your taxes. Treat all trades as you would cash transactions. Any barter transaction is reported on Schedule C, Profit or Loss from Business Form 1040.

You may not be a professional but you may be have some time to spare or be very talented in certain aspects of your life. Something as simple as bartering personal business services can help you tremendously.

You may be going away on holidays for a while and need someone to walk the family pet, mow the lawn, tend to the pool, etc. Someone may be looking for a temporary stay in your area. Be it for business or perhaps visiting a relative who doesn’t have the extra room. Wouldn’t it be great to barter with this person? Needs are met and no one has spent a penny.

If you have everything you need and more, you can offer a particular item in return for services rendered. It could be extra furniture you have around the house that you don’t need anymore. This would be of great use to a family in need, a couple just moving into their new home or a business owner that is just starting out.

What will they have to offer you? What about services, such as plumbing, electrical work or repairs? It can even be something as simple as childcare or running errands. This is a great example of how needs can be met.

So you’ve signed up with one or more barter clubs and now it’s a matter of waiting for someone to contact you, right? Wrong.

Undoubtedly, one barter club may not work for everyone but keep in mind that your success is up to you. You need to remain active in your trades because if there is no effort made in contacting people, then your results will be little or no success.

If you actively pursue all possibilities, you will gain all the benefits and rewards of bartering.