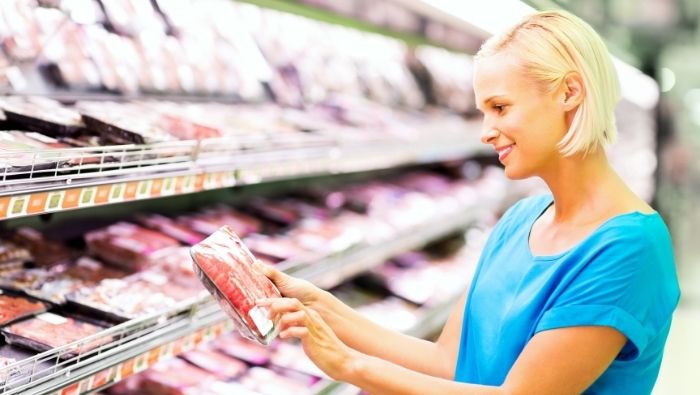 Saving money at grocery stores is something we all strive for.

While many people worry that their supermarket might cheat them by charging a higher price at the cash register, there are much more subtle ways that stores can take you for hundreds of dollars every year without you even knowing it. Some of these are out and out cheats, while others are just shrewd business practices that help them make more money. Little by little, these practices add up to a small fortune over your entire lifetime.

Here are 5 of the most common ways that grocery stores separate you from your money without you even knowing it.

We don’t mean low fat. Instead, we mean low weight.

The Ralph’s grocery chain in Los Angeles was once sued by the city for deliberately selling pre-packaged meats that weighed less than advertised. The Department of Weights and Measures found the practice was widespread in dozens of grocery stores.

How do they do it? A combination of many different methods, including the package in the weight calculation, adding an ice glazing to the weight, and just plain selling meat that was less than the stated weight.

In some stores, the average was 3.5% lower than the specified weight. On a two-pound package of $5 per pound meat, that works out to 35 cents. Doesn’t seem like much until you think about buying 100 of those packages in a year or the chain selling tens of thousands of them every day.

The next time you grab a package of chicken, look at it very carefully. You might just find the words “Up to 15% solution.”

The store will tell you it’s to improve the flavor, but it’s almost certainly done to boost their bottom line. So while you may be paying $1.99 a pound for that inexpensive chicken, it’s really more like $2.29.

Virtually free water is what helps them boost their profits.

Related: 10 Ways to Save on Meat and Poultry

3. The Meat and Veggies in the Middle

How often do you buy that big package of meat only to find that the cuts in the middle have a lot more fat or don’t look nearly as nice as those that are visible from the top?

Butchers have good cuts and not so good cuts and those that don’t make the grade are often put into the middle or bottom of the package. Once you get it home, you may be trimming off that hidden fat and throwing it away. It’s an easy transfer of profit from you to the grocer.

The same happens with large packages of fruits and vegetables; apples on the inside are often bruised.

4. The Essentials: In the Back and Away From Each Other

Most people heading to the store will get some bread, milk, juice, meat, and some fruits and vegetables.

Now stop for a minute and do a mental map of where all of these things exist in your supermarket.

Chances are that getting these essentials will take you across the full length of the store. The goal is to get you to buy more as you migrate across the store. It is not a scam like our other points, but it does shift money from you to the grocer and wastes precious time.

Of course, you can conquer this one just by going to much smaller grocery stores.

Related: 6 Things to Know About Grocery Store Aisles That Will Save Money

5. Price Per Unit, but the Unit Changes!

Head to the ice cream aisle and try to compare the per unit costs of different brands of ice cream. Should be easy right?

Grocers may need to have per unit pricing, but they can change the units on competing items to make it more difficult for you. Time to get out that calculator and remember your conversions from grade school.