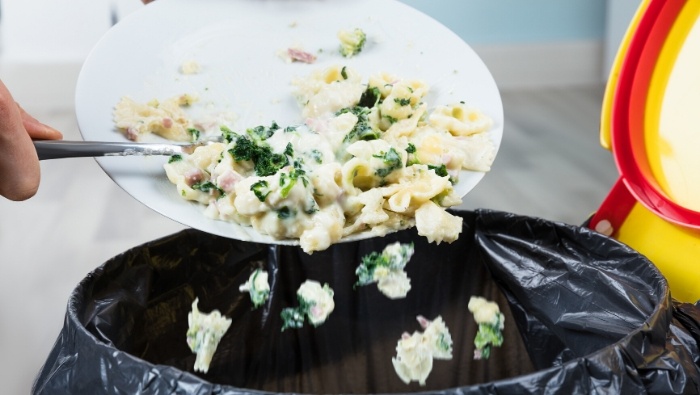 “Waste not, want not.” While I was growing up, this adage was tossed about by many frugal parents and grandparents in my neighborhood. But over the past five decades, that message has somehow ended up by the wayside.

According to FeedAmerica.org, Americans throw out roughly 108 billion pounds of food each year, which “equates to 130 billion meals and more than $408 billion in food thrown away each year.” 40% of that waste is by consumers at home.

It’s time to get proactive. Here are several ways individuals can cut down on food waste at home.

Before heading out to the grocery store, plan your menus for the week. Then, go through your pantry and cupboards, itemizing only those items needed to prepare meals for the next seven days.

To avoid succumbing to snacks and other tempting foods, do not shop on an empty stomach.

When unloading groceries, you should rearrange the food in your cupboards and fridge. Take this opportunity to check expiration dates and put older food front and center.

Related: 9 Ways To Plan for a Lower Grocery Bill

While you should immediately toss food that smells funny or has changed color, be aware that producers carefully select these dates to cover themselves. In many cases, the “best by” period can be extended by several days. Check the StillTastyDatabase to see if your food is still fresh.

Related: What You Need to Know about Food Expiration Dates

Before serving, calculate appropriate portions for the adults and children in your home. Give children small portions and let them decide if they would like more. If you have cooked too much food or have leftovers, store in the freezer to keep the food from going bad. Remember to date the containers.

Too often, we hold our foods to a high standard, ignoring apples that have a bruise, extra-small peppers, and overly ripe bananas. If you are overly offended by the aesthetics, consider the following creative ideas:

5. Save the Scraps and Peels

To reduce the amount of food garbage in our landfills, reuse food scraps and peels in the following ways:

For 31 years, Joanne Guidoccio taught mathematics, computer science, business and career education courses in secondary schools throughout Ontario. Her articles, book reviews, and short stories have been published in Canadian newspapers and online. She has bachelor's degrees in mathematics and education and a Career Development Practitioner diploma.