Alternatives to Selling Your Stuff On eBay 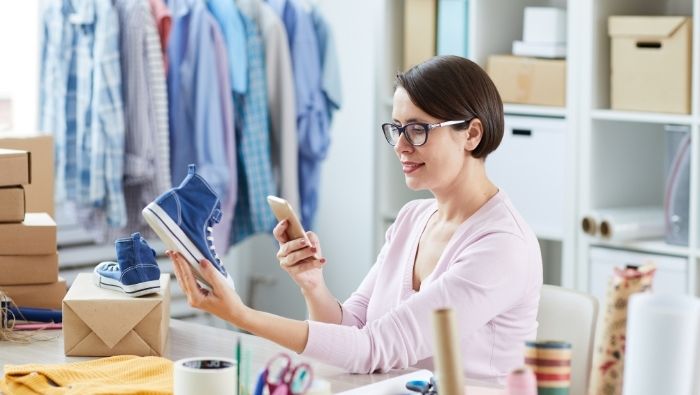 Got some stuff you’d like to get rid of? Why not get some money for it? eBay is a great way to do that, but here are some alternatives you might prefer.

Everyone has stuff. Stuff that cost good, hard-earned money when it was initially purchased

And eventually some people have too much stuff and need to get rid of it to make space for other stuff, like their bed or children.

For those spatially-challenged folks who’d like to recoup some of the cost of that unwanted stuff, there’s always been garage sales or the online equivalent known as eBay. But believe it or not, there are tons of great places to unload your old books, video games, Star Wars figures and more!

Here’s a look at some of the best online alternatives to eBay, if you’re looking to sell your prized possessions with ease.

Amazon.com is a good site for selling: Books and Blu-ray Discs

You’re probably thinking, “Uh, I know I can sell my stuff on Amazon,” but I don’t mean that kind of selling.

You can actually trade in your books, Blu-ray discs, DVDs and video games directly to Amazon! This is probably your best bet on these items since Amazon actually gives a great discount on trade-ins (but only if your items meet their product criteria) and they cover the shipping costs with a printable sticker!

The caveat is that you’ll receive Amazon credit instead of cash, but hey, who cares? I’m betting you already shop there anyway.

Swap is the self-professed “world’s largest swap market” and it’s tough to argue with them. You can trade in whatever book, DVD, video game or music CD you want to get rid of with complete ease. (Seriously, it’s really easy.)

Say you have Red Dead Redemption, the video game for Xbox 360. Search the title of the game in their search bar, click the “Have It” button, and it will give you thousands of items you can trade for the game. It’s like that for nearly every item you search, unless of course you’re trying to ditch the debut Ace of Base album, which by the way will get you zero trades!

The site deals primarily with trading your possessions with another. However, you can donate your items instead of getting something in return.

Gazelle.com is a site for selling: Electronics

Got some old cell phones, laptops, iPods, or other techy things in working order? Then check out Gazelle, the home of sellable and recyclable electronics.

The process is similar to Amazon’s process. You find your electronic device on their site, send it to Gazelle, and choose your way of payment (check, PayPal, gift card or charity). They even have an A+ rating from the Better Business Bureau!

If you’re anything like me, you have tons of old school action figures that you’ve waited decades to cash in. Good thing for you Planet Force is always buying action figures from the ’80s! Although the list of toys they buy is brief, they are some of the largest rosters of action figures, including G.I. Joe, Star Wars, Transformers, and He-Man.

PF is looking primarily for sealed, boxed, and carded toys (meaning the toys are still sealed in their original boxes or blister packs), but they do take loose action figures. Since PF is not as big as Amazon.com, you’ll have to communicate with them via email or phone.

Etsy.com is a great site for selling: Handmade Crafts and Materials and Vintage Clothing

Oh, hipsters. You have to love them. They’ve made old vintage clothing from the ’70s “cool” to wear. And Etsy is the place for you to put up or find old clothing that’s in great condition.

It’s also a great site to sell your hard work in handmade materials like paintings and jewelry.

Oodle is combining the best aspects of the “classified ads” portion of Craigslist and the seller-to-buyer motif of eBay to create their new classifieds section. The site has thousands of selling ads including homes, cars, furniture, comic books and concert tickets. Oodle specializes in selling homes, cars and more, so you’re in good hands here for selling something more serious than a DVD.