How Much Should My Teen Contribute to Auto Insurance and Gas? Parents Weigh In 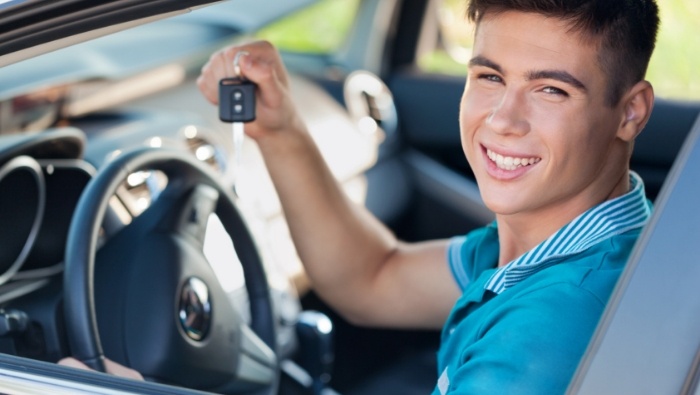 When your working teen got a license, your auto costs went up. What should his or her share be, if anything?

Dear Dollar Stretcher,
My son just got his driver’s license and, thankfully, a new job as well. How much should my teen contribute to auto insurance and gas? My wife and I have differing opinions and figured we’d ask other frugal families. We gave him my wife’s older car that is completely paid for so there is no car payment. Our auto insurance increased by almost $150 per month when we added him as a driver. Should he be expected to pay all of the $150 or just a portion? Should we base his contribution on how much he is making at work? Is it too much to expect him to pay for his own gas? We do want him to be able to save some of his money as well and have a bit to spend as he wishes. What have other families worked out with their new teen drivers?
Jeff

How Much Should My Teen Contribute to Auto Insurance and Gas?

Many of our frugal readers weighed in on this issue. Here’s the advice they offered:

I provided two teens with cars, which frankly was very helpful to me as a working parent. The first one paid me for the car on a monthly basis and also paid for her insurance, gas, and necessities like new tires. She later told me that she was very glad she had to be responsible for these expenses, as they helped her grow up. Sometimes, I did have to front money for tires or the like, but she always paid me back.

The second child got my hand-me-down car. He also had to pay for his insurance, gas, and necessities. Eventually, he needed a different car, which was bought by money set aside for him. When he totaled that car by driving too fast at age 17, he didn’t get another one until after college. He also had to pay me the full amount of the insurance deductible on that car, which I put into his account without telling him until later. He has not had an accident since.

I believe that if someone is old enough to take on the responsibility of driving, he or she is old enough to pay the bills. Each still had money to spend and to save for their future. Both of them are successful adults with several children each. She owns a restaurant and he is an attorney.
Barbara in SC

Living in the Real World

Unless you are rich, teen drivers should bear 100% of their responsibility for the cost of driving. This includes insurance premiums, gasoline, and repairs/maintenance.

Paying part of these expenses doesn’t teach your kid the responsibility of owning a car. Also, it’s important for kids to learn just how expensive everything is in life. Paying 100% of their share gives them a more realistic view of how much it’s going to cost to live in the “real world.”
D.A.

Consider “Per Mile” Charge for Gas and Auto Insurance

Every family is different, but this is what worked for us. We paid for auto insurance until our “little” turned 18 because it was wonderful to have her drive herself and her siblings around to school, church, and sports functions. Outside of those three areas, she paid us 33 cents per mile for the gas and upkeep of the car. That made it much more manageable for her when she was a low-income, part-time worker. If she didn’t have much money, she just didn’t drive many places. This “per mile” charge also helped her make decisions about long-distance concerts she wanted to attend, giving rides to all of her friends, and choosing employment close to home. Because we would have driven her to friends’ houses sometimes, we gave her the first 40 miles each month “free.”
Dawn

My husband and I raised two sons. They both knew before driving age that they could use our vehicles but could not get licensed until they could pay the difference in insurance. This required having a job. It went without discussion that they would buy gas when they used the cars.
Deborah

We also passed along an older car to our son. He got a job almost immediately as well and paid all his own gas and repairs. Our current insurance company wanted to add on $200 per month just for him. We checked an opportunity to change insurance companies. They helped him with his own policy, which was cheaper because he had no real estate property to insure against liability suits. He was able to handle the costs. This company, available to military and their families, was also significantly cheaper for us, so it was a win-win.
Elaine in NJ

Related: 4 Ways to Reduce the Cost of Teen Auto Insurance

Son Should Pay for Gas

Since the car is probably already insured, it sounds like the son is being added as an authorized driver. I suggest that he pay the extra $150 to his parents out of his paycheck and they can put it in an online savings account to be used for his own first car payment. Gas should be his responsibility and how much extracurricular use of the car is allowed should be negotiated before he gets the keys.
Gay in Portland, OR

Help Them Keep Their Focus

This situation is common and presents a dilemma for most families. First, it’s not all about the money, frugal lifestyle or not. If your family cannot afford for a teen to have full driving privileges without a contribution from the teen, it’s probably not a great idea to offer the car. What often happens is that a teen ends up sacrificing other, more important things to earn enough money to pay for the car. It’s up to the parents to help the teen determine those boundaries. Therefore, while it’s a great idea to have the kid pay at least half the cost of the auto if s/he can do so without working too much, it’s smarter in the long run to help the kid maintain his/her focus on schooling and other responsibilities first.

Regardless of whatever dollar value you assess, with privilege comes responsibility, but too much responsibility for many teens deprives them of the focus on what’s really important, and that’s not driving.
JD in ST. Louis

Related: Should Teens Have Part-Time Jobs?

I definitely agree that your son should help out. I would find out what percentage of his salary the $150 insurance premium is. Your son should save half of whatever he earns for college and beyond. It would be nice if he could give up to 10% to charity as well. He should have up to 30% to use for discretionary spending. After you do those calculations, see what is left over. If there is $150 or more, he should pay for the entire insurance. If not, set a reasonable proportion.

He needs some “fun money,” or he will burn out quickly and resent working for “nothing.”

My parents charged me rent, and I did the same for my children. It is not a punishment. I personally felt proud to be contributing to the household. My children were not as thrilled, but they realized that life is not a free ride. When they moved out and were responsible for all their expenses, they were better able to budget wisely.
Judy

Related: What Is the Best Tool for Teaching a Teen to Manage Money?

The Privilege of Driving Comes at a Cost

The quickest teaching tool for young drivers is that the privilege of driving comes at a cost, their cost. So, yes, have him pay for his own gas and have him pay the entire increase of cost in adding him to your insurance (and $150 is cheap compared to if he had to buy his own policy). Your gift of the car is ample consideration to allow him to save money and have a little spending money besides.
Kris

When my sons got their first jobs, we sat down and talked about what to do with their paycheck. Our decision was to split each check five ways between savings, church, auto insurance, entertainment, and clothing not covered by everyday clothing needs, which we would still furnish.

He was allowed to use his “special clothing” fund for entertainment if he was content with the clothing allowance we furnished him.

This has worked well and my oldest son is now in his third year of college and hopefully it has set a tone for his future paychecks, learning how to allot his funds.
Paula

Before the Car Purchase

Before we were allowed to “buy” our first car, we had to have the money to pay for insurance and plates and have some set aside for repairs or tires. We had to pay for all of this as well as any gas or oil we needed.
Rena

Get rid of car payments for good.
Start saving for your next car today.

When There’s a Financial Interest

Driving is a privilege, not a necessity of life. As such, my wife and I do not pay for costs associated with our teen to drive. We did allow our son to drive an older car that’s paid for that we had. He had to pay for the truck he wanted. I did help him out with the purchase with the understanding he would pay me back. He pays for insurance and gas costs. This is a great way to teach them how the real world works and start them on the road to being independent. My daughter is getting her driver’s license in six months and she is already saving money for insurance and her first car. (She knows what car her dad has for her to drive, and she is willing to drive it until she has money to buy the car she wants.) Plus, it seems like when they have a financial interest in the car they take better care of it.
Steve

When my kids were teenagers, they used a family car, not their own. So, I really couldn’t tease out gas costs for them. I did have them pay a nominal amount towards the insurance ($25). However, if they got in an accident, they were required to pay the deductible, as well as pay the full amount that the accident caused the insurance rates to raise. Also, if they received a ticket, they were to pay all costs involved with the ticket, including any increases in the insurance the ticket might cause. I told each of them that I would not pay for stupidity! Neither of my kids had an accident or a ticket while on our insurance.
JC