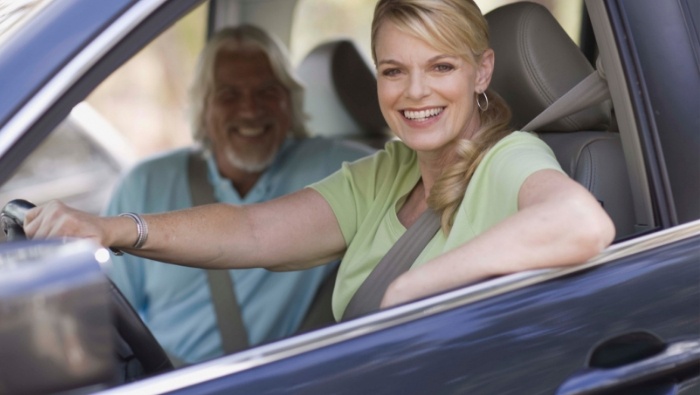 Some say the best way to reduce car ownership costs is to not have a car. That isn’t always the case. Car ownership can be practical and affordable if you take smart steps to reduce costs.

Here are a few thoughts about Rich Finzer’s article on giving up your car.

First, that figure from Consumer Reports about the cost of vehicle ownership is based on certain assumptions that the article doesn’t mention. Assumption #1 is the “median” car they refer to is “a midsized SUV such as the Nissan Murano or an upscale sedan such as the Lexus ES.” They say right in the article that it’s much cheaper to own a small car, such as our Honda Fit, which they say “costs just over $5,300 a year to own for five years.”

Keep your car as long as you can

This brings us to assumption #2, namely that you will keep the car for only five years and then trade it in.

But that’s a stupid way to own a car!

It means you take the biggest hit of depreciation on yourself before passing the car on to someone else who may be able to drive it for another ten years or more. The editor’s note right in the article states that “keeping a car for eight years, rather than five, can reduce median ownership costs significantly,” partly because you continue to use it “for a few years after the loan has been paid off.”

Pay cash for your car

Assumption #3 is you are paying for your car with a loan, but you aren’t actually required to do that. If you have the money saved up, you can pay cash and avoid the interest.

A break down of yearly car costs

Basically, it only costs $9,100 a year to own a car if you are owning it in the most expensive way possible.

I’ve crunched the numbers on our Honda Fit, which we bought with cash three years ago. I’ve concluded that to own it for 15 years (which I consider the minimum expected lifespan for a new car) will cost us around $3,500 a year, including purchase costs, insurance, registration, gas, maintenance, parking, and tolls. (No, I didn’t factor in costs for parking tickets or speeding tickets, because it’s quite easy to avoid those by driving and parking legally.)

The costs of NOT owning a car

That’s enough about the actual cost of owning a car. Now, what about the cost of not owning one?

The article claims that it’s cheaper to use public transportation if you live in an urban area with an established transit system of buses or light rail. But is it?

I just visited New York City for the first time in years and was astonished at how much subway fare costs now. It was $2.50 for a one-way fare. Now, of course, if you take it often, you can lower that rate by buying an unlimited pass. A 30-day pass costs just $112, which comes to $1,344. That’s still cheaper than the $3,500 a year for owning a car, but it’s only for one person. Two people riding the subway would pay $2,688 per year. Three people would pay $4,032. This makes owning a car that three people can ride in at once start to look like a much more attractive option.

Of course, if you live in the city, owning a car is more expensive as well, because you pay more for parking and tolls, so taking mass transit is probably still cheaper.

But if you live out in the sticks, taking mass transit gets much more expensive. The $2.50 per fare that we paid to get around within the city paled in comparison to the cost of the ride into the city, which was $15 per person each way. If you had to commute into the city by train from the station we used, you’d pay $30 each day just to go to work! Once again, you can cut that payment down with a monthly pass, which costs just $425. But that’s still $5,100 a year. Plus, you have to add on the $1,344 a year for the subway pass to get from the train station to wherever you’re going in the city for a total of $6,344.

And don’t forget to tack on the cost of renting a car for the occasional road trip, as suggested at the end of Mr. Finzer’s article. Renting an economy car for one week costs around $560, which doesn’t include the cost of gas. Do that twice a year, and the cost of not owning a car shoots up to $7,564.

Do your own math

My point is not that owning a car is always cheaper than not owning one. That certainly isn’t the case. My point is that everyone’s situation is different, and the only way to know which is cheaper for you is to do the math. Don’t simply assume that dumping your car will save you “a ton of money” just because some writer says so.