How to Beat the Car Dealer 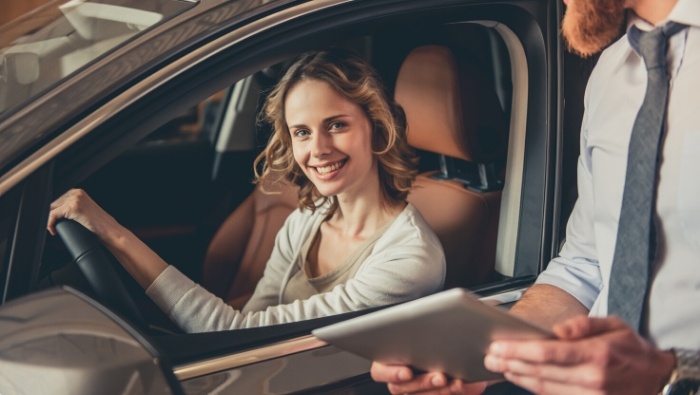 Want to know how to beat the car dealer at his own game? Here is a blueprint for getting the best deal on a new car.

It happened over 15 million times this past year. Someone bought a car or truck in the U.S. (source: Statista.com) And in many of those purchases, the buyer wondered if they got a good deal or if they would have been better off repairing their old ride.

Should you repair or replace your ride?

Before you start shopping, you’ll need to decide if your old car is worth repairing. There are a number of questions that can help you decide.

Begin by finding out what the repair will cost. Get an estimate from an honest mechanic. Then do a little online research on that repair to validate the mechanic’s estimate.

Next ask yourself how many more miles your car will likely last if you do the repair. It’s one thing to make the repair and get another 30,000 or 40,000 miles. It is something totally different if another repair is likely to crop up in just a matter of months.

What will your car be worth if the repair is done? With the average age of a vehicle on U.S. highways at over 11 years, the cost of the repair could exceed the value of your ride. It doesn’t make sense to spend $3500 replacing a transmission on a car that’s only worth $1700.

Finally, ask yourself how you feel about your vehicle and the repair. Even an expensive repair costs a lot less than a newer car. Don’t allow “new car fever” to make the decision for you.

Shopping for a newer ride

If you decide that a new (or newer) car is for you, it’s time to do some research before you go shopping. Sites like Edmunds.com

and KBB.com can help you compare various possibilities.

Not only will you be looking for something that you’ll enjoy driving, but also for payments (or better still a cash purchase) that won’t drive your finances into the ditch.

Once you settle on a make, model and target price, it’s time to visit the dealer for a test drive. Make sure that the car meets your expectations. If you’re going to be surprised, now is the time to find them.

Negotiating for a newer ride

Next is the step that most shoppers dislike the most, namely negotiating with the salesperson. It’s you versus a professional who practices their craft every day, but there’s no need to fear if you prepare and know their tactics.

Begin by understanding that their goal is to close a sale today. Towards that end, they’ll ask a variety of questions to get you to admit that you could buy a car today if you liked the deal.

After you’ve agreed that you could buy a car today, they’ll try to find out what you would need in a deal to make a commitment. For some buyers, it’s a bottom line price. For others, it’s the amount of the monthly payment.

Then the back and forth begins. Don’t hesitate to make demands that you know they can’t meet. The salesperson will lower their price or throw in an option and ask you to make a concession in return. That’s when you’ll give up those demands you didn’t expect to get.

At some point, if the negotiations get serious, the salesperson will say he needs to discuss your deal with the manager.

If they come back and say “you’re way off,” you’ll either need to make a much better offer or walk out the door. If they indicate that “a deal might be there,” it’s time to buckle your seat belt for the real negotiation.

Don’t be afraid to let them know that you’re ready to take the right deal. In doing so, you’re reminding them that you’re just one or two steps away from making them a sale.

If you’re trading a car, keep the negotiations separate. Deal on the new car first. Only then get into how much your car is worth in trade. By keeping them separate, you maintain your leverage on each deal.

Don’t be afraid to break off the negotiations and walk out. You may get a call half an hour later saying that they can do your deal or asking you to return because you’re very close to getting a deal done.

Once you’ve negotiated the price of the new car and your trade, it’s time to navigate the final speed bump: the business manager and his dealership fees.

The business manager has one primary job function, which is to maximize profit for the dealer. That means that he or she is not your friend. They want to get you into financing that’s the most profitable for the dealer that’s acceptable to you, include as many add-ons as possible, and not do anything that will blow up the sale.

3 tools to protect yourself

First, if you’ll be financing the car, do your loan shopping before you head to the dealer. Know how much you can borrow, the length of the loan, what interest rate you’ll pay, and what your monthly payments will be. Unless the business manager offers a better deal, use the financing that you’ve already arranged.

Next you’ll need to negotiate over the various fees and add-ons that the dealer will want to sell you. Do you need upholstery protectant or insurance to make your payments if you lose your job? You may want some, but it’s unlikely that you’ll benefit from everything they offer.

Finally remember that the deal is not complete until you sign the contract, and even then in some states, there’s a “cooling off period” during which you can change your mind. If the business manager insists on add-ons that you don’t want, you’re free to walk away from the deal. Just knowing that you’re willing to walk should keep the business manager from taking advantage of you.

Now you have a blueprint for getting the best deal on a new car. Hope you enjoy your new wheels!