What To Know About Auto Loan Prepayment Penalties 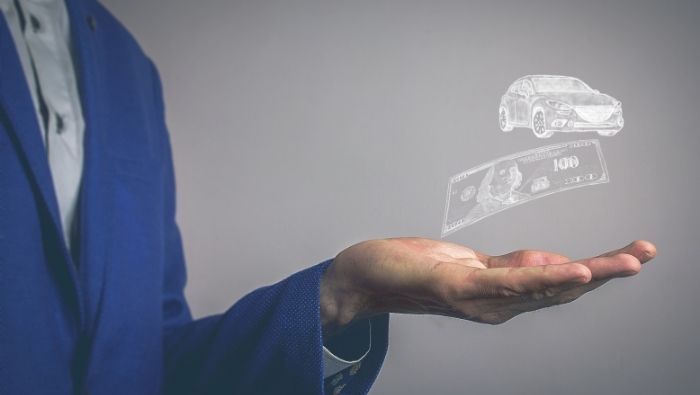 When it comes to auto loan prepayment penalties, there’s more than one way that you can be penalized. Here’s what you better know before deciding to prepay yours.

Gary,
I would like to prepay my auto loan. My payments are $261 each month with a very high interest rate of 13.9%. I have paid all my other debts off and want to start getting the car paid early. I called the finance company and they told me all prepayments go to interest first. How does this work? Why prepay if I am just giving to interest?

This extra payment would be above the normal payment. For example: Pay the payment of $261 and then write a separate check for $500 each month directed to go to principal only. Could you explain this to me?
Carol

Carol has been caught in the auto loan prepayment penalty trap.

Back when auto loans ran two or three years this wasn’t a problem. But, with the average auto loan approaching six years, more lenders have included prepayment penalties, especially for buyers with credit problems and high interest loans.

A little about the types of prepayment penalties

Let’s learn a little about prepayment penalties. Then we’ll see what choices Carol has and what the rest of us can do to avoid the trap that Carol is in.

Unfortunately for consumers, there’s more than one way to extract a prepayment penalty from a borrower who wants to pay off an auto loan early.

The simplest method is to charge a percentage of the remaining loan balance as a penalty. As the principal owed goes down, so does the penalty. Prepayment penalties are allowed in 36 states and the District of Columbia. The bad news for the lender is that it’s easy for a consumer to understand what’s going on and some states don’t allow prepayment penalties.

So some lenders dusted off an old method of computing interest commonly known as the rule of 78s. It front loads the interest charges. For example, the first payments go toward repaying all of the interest that will be owed over the life of the loan. Only after that will payments reduce the principal. Paying off the loan early won’t save you any money. In 1992, Congress outlawed this method for loans longer than 61 months, but many states allow it for shorter loans.

Yet another way to penalize prepayments is found in something called a “pre-computed” loan. In that loan, you agree to repay the total amount of interest plus the principal no matter how quickly you repay the loan. Again, it’s not technically a penalty for prepaying; it’s just a different type of loan, but the results are the same.

How to determine if your auto loan has prepayment penalties

So what can Carol do? The first thing is to pull out her loan agreement and read the section on prepayments. Also, check the section that explains how interest is calculated. She needs to know what provisions she’s facing.

It sounds as if she has a “pre-computed” or “rule of 78s” loan. If that’s the case, there’s not much she can do with the loan. The best choice is to simply make her payments on time and save the extra money for the purchase of her next car.

If there’s a prepayment penalty, she can use an online calculator to figure out how much interest she’d save by paying the loan early and compare that to the amount of the penalty. She’ll find a good one on the Bankrate.com site.

The sad fact is that once you sign an auto loan agreement with one of these provisions, there’s not much you can do. Occasionally, a lender will waive the prepayment clause, but not often. The only real option is to take the money that would have gone for prepayments and save it where it’ll earn some interest.

The best way to fix the problem

Do your loan shopping before you find a car. Remember that the loan the dealer offers may not be the best one you qualify for.

Read the fine print before you sign any loan agreement. No matter how uncomfortable it is sitting in those tiny dealer cubicles with the salesperson looking on, it’s important. That’s where you’ll find things like the prepayment penalty. Even a knowledgeable person will require a half-hour to plough through the paperwork. If you’re uncomfortable, ask the salesperson to leave. They can return after you’ve finished.

Don’t be afraid to ask questions. As we’ve seen, there’s more than one way to penalize a borrower who wants to repay an expensive loan early. Just because you scanned the contract and didn’t see the word “penalty” doesn’t mean that there’s not one. Ask what happens if you prepay the loan, and be sure that you understand the answer.

As a borrower, the best answer you’ll hear is that it is a “simple interest” loan. That means you only pay interest on the amount of principal that you still owe each month. If you prepay any of the loan, the principal amount is reduced and interest owed is calculated on the lower principal the following month.

Finally, if the language seems over your head, take a copy home and ask someone who’s familiar with legalese to study it before you sign it. Better to risk losing the deal on the car (unlikely) than to sign a loan agreement that keeps you trapped with high payments for six or seven years.